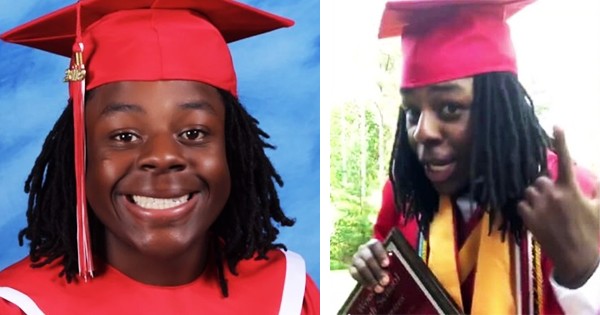 Rawlin Lee Tate Jr., an 18-year old teen from Georgia, has made history as the first Black male valedictorian in his high school. More than that, he has secured $1.3 million in college scholarships.

In a now-viral tweet, Tate shared his list of academic accomplishments which included having a 4.7 GPA, being the top of the class for 7 years, and being a Georgia scholar. He also took 21 AP courses and he never got any grade lower than 98.

Out of those schools, Tate decided to go to North Carolina A&T, where he will pursue a degree in mechanical engineering in full academic scholarship.

Aside from his academic achievements, Tate also excels in extracurricular activities and clubs. He has played two varsity sports and become inducted into seven national honor societies. He was a part of the school band, taught himself how to play the piano, and is a rapper.

Despite all the success he achieved, he said he knew he has more to learn and he is not afraid to ask questions.

“My advice to others is to always stay humble and do your best, and don’t get preoccupied with competing,” he told Because of Them We Can.