How Students Can Benefit From the Link Between Baseball and Education 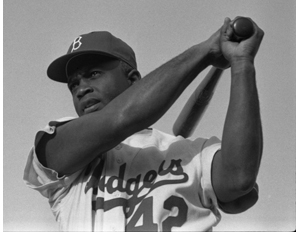 As a lifelong baseball fan, former high school baseball player, and coach for 20 years, I have always been struck by how deeply intertwined baseball and learning really are. An education advocate for most of my career, I have seen firsthand how a passion for sports can shift mindsets and create sustainable pathways to college, meaningful careers, and inspired lives.

Clearly, I am not the only one who is aware of the connection between baseball and education, as a number of nonprofit organizations across the country exhibit how the impact and value of baseball surpasses that of runs, hits, and box score errors by helping minority youth from low-income households realize their full potential and “swing for the fences.”

Perhaps no person better embodies this intersection of baseball and educational learning than civil rights activist Jackie Robinson, one of my childhood heroes. His pursuit of equality on and off the baseball field helped to inspire social change in our nation’s classrooms, playgrounds, and beyond.

I first learned about the Jackie Robinson Foundation (JRF) after watching the film 42. I discovered that this organization administers one of the nation’s premier education and leadership development programs for minority college students. Since Rachel Robinson, Robinson’s widow, founded the JRF in 1973, the foundation has disbursed more than $70 million in grants and direct program support to students who have attended 260 different colleges and universities nationwide.

Through the transformative work of the foundation’s programs, highly motivated, low-income, and first-generation students of color benefit from scholarships and support services, which help them navigate through college and eventually transition into fulfilling careers and leadership roles within their communities. As true ambassadors of Jackie Robinson’s legacy of service and humanitarianism, the 1,500 JRF alumni are proven leaders in a broad range of professional fields as well as in their communities. Currently, there are 235 Jackie Robinson Foundation Scholars nationwide.

The JRF ‘Teams Up’ With the Strada Education Network

The missions of JRF and the Strada Education Network—a nonprofit organization that encourages education “completion with a purpose,” and enables students’ success in college or other postsecondary educational programs—are strikingly similar. Both organizations strive to close the achievement gap in higher education by providing the resources and tools students need to succeed, as they progress from college to the workplace.

That is why Strada Education chose JRF as the recipient of its first major grant under its new name and brand. In the largest single donation to JRF since it was founded, the $6.5 million contribution will fund three major initiatives:

Like the Jackie Robinson Foundation, The BASE, a Boston-based nonprofit, leverages the fervor of sports to empower urban youth to achieve their full potential. Founded in 2013 by Robert Lewis, Jr., this organization is grounded in the inner-city neighborhoods of Roxbury, Dorchester, and Mattapan, MA.

The BASE offers programs that are designed to support urban youth’s pursuit of their high school diplomas, while also helping them enroll in college or career training, through a combination of high-quality baseball and softball training and dynamic education and career resources. Aimed at shifting the national mentality about what it takes for urban black and Latino youth to succeed—and very similar to Jackie Robinson’s own personal value system, as well—The BASE is rooted in the values of excellence, resilience, respect, and maintaining a belief in what is possible and right.

To find out how you can help support the Jackie Robinson Foundation, visit  www.jackierobinson.org. To find out more information on The BASE, visit  www.thebase.org.