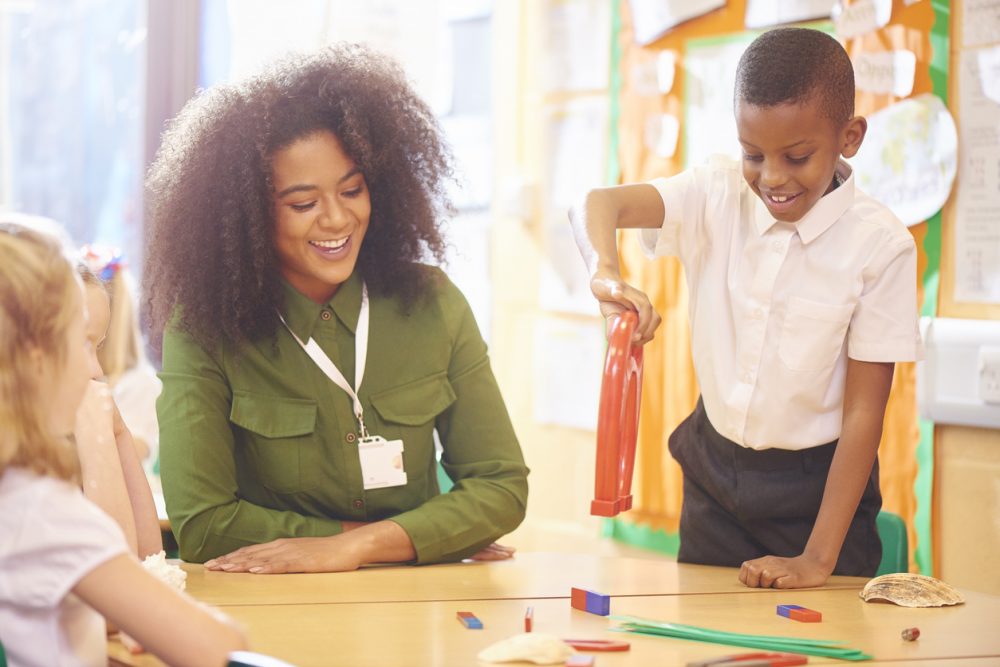 I remember the first time I saw my third-grade teacher. She was young (my second-grade teacher had been about 80) and slim and pretty. I immediately became more motivated to do well in school. I liked Miss Backinoff so much, I was thrilled to learn at the end of the school year that she would be teaching fourth grade—and of the handful of students she’d selected to retain in her class, I was one!

I really can’t say if my scores went up in fourth grade, but by fifth grade I had an 11th-grade reading level. Did staying with my teacher for two years have anything to do with my accelerated reading? It probably didn’t hurt.

There’s a name—at least a colloquial name—for the practice of keeping a teacher with the same entire class of students for more than a year: looping. Some private schools, such as the Waldorf Schools, practice looping in the early grades; my sister, a teacher of special needs students in the Bay Area, teaches her entire class for more than one school year.

The practice appears to benefit students of color the most, a recent study has found.

That’s according to Education Week, which reports on how test scores improve slightly but significantly when an entire class moves up a grade but stays with the same teacher.

Here’s an excerpt from the EW article.

Elementary students matched with the same teacher two years in a row show improvement in test scores, according to a new study.

Economics professors Andrew Hill of Montana State University and Daniel Jones of the University of South Carolina conclude in the study that “looping,” in which an entire class moves to the next grade with the same teacher, results in a slight but significant increase in student achievement. Even students assigned to a teacher for the first time experience gains when a large number of their classmates are with that teacher for a second school year.…

The researchers looked at students in grades three to five in North Carolina between 1997 and 2013 who were assigned to the same teacher two years straight. They measured the effect of students spending a second year with the same teacher using math scores on standardized tests given at the end of each school year. The estimated gain from students spending a second year with the same teacher ranges from .02 to .12 test score standard deviations. That’s equivalent to an average student’s score increasing by one or two percentiles, from say the 50th to 51st percentile. (The authors focused on math scores, but the appendix show that students also demonstrated an increase in end-of-year reading scores, though the gains were slightly smaller.)

The benefits of repeated student-teacher matches were greatest for students of color, the study found. The reason, the authors suggest, could stem from the fact that most teachers are white, and when a white teacher works with students whose backgrounds and cultures may be unfamiliar there is more to gain from a longer period of getting to know one another. Once teachers know a student better, there’s a greater chance they can adapt lessons to the student’s particular learning style. Another possibility is that teachers may see more potential in students once they know them better, leading to higher expectations.