[Study] Cities With Most and Least Student Loans 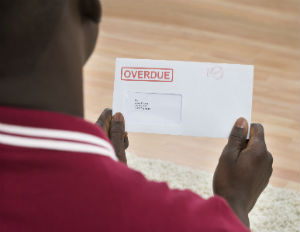 A study by Citizens Bank finds that college grads under the age of 35 are spending nearly 20% of their salaries on student loan debt.

Not only are people spending a significant portion of their earnings on student loan debt, but many still aren’t ‘making the grade’ when it comes to paying off debt. The Department of EducationÂ says about 9.6 million of the estimated 22 million Americans with student debt are either delinquent on their payments or have stopped paying completely as of March 2016.

“The evidence is strong that much of the debt accumulated for study at for-profit colleges will never be repaid and frequently has not led to good outcomes,â€ saysÂ Sandy Baum, professor of higher education administration in the Graduate School of Education & Human Development at George Washington University, and senior fellow at the Urban Institute.

“We should prevent students from borrowing for weak programs. But what really matters is the circumstances of individuals, not the aggregate amount of debt,â€ she adds.

As for where Americans are, and are not, experiencing financial strain due to student loan debt, WalletHub.com compared the average student-loan balance against the median income in each of 2,513 U.S. cities to determine where Americans are most over-leveraged on their college-related debts.

As for cities where residents are feeling the least financial strain from student loan debt, WalletHub.com identified the following:

Regardless of the financial stress you are experiencing from student loans, be sure to exercise all of your options when it comes to lowering or eliminating your payments.