Study Confirms Inequality in Tech May be Worse Than We Thought 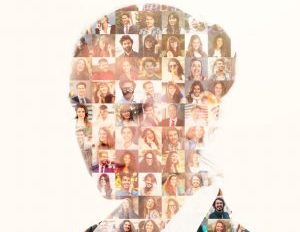 Yes, we know diversity and inclusion in Silicon Valley is bad. However, a new study from OpenMIC Â shows the tech industry remains incessantly white and male, despite over a billion dollars invested to create a more diverse workforce.

The report shows a diverse company is a profitable company. Businesses in the top with moreÂ racial diversity among its staff have 35% higher financial returns that the “national median in their industry.â€ Analysts predict that a more diverse tech sector can generate an additional $300-$370 billion per year.

Companies are heeding these financial forecasts as well as calls for diversifying from politicians and thought leaders. The industry’s investment in diversity is estimated at $1.2 billion in the last five years.

Much of this investment has gone to putting money and resources into “diversifying the tech talent pipeline;”providing them to nonprofits and universities.

However, these efforts have seen little yield. Some takeaways from the study:

Yet, there is evidence that the tech industry is determined to keep tackling the issue. Apple shareholders are being asked to vote on a proposal committed to diversifying the company’s executive team and boardroom.

And in his recent meeting with President Trump, Intel CEO Brian Krzanich said that, in addition to discussing building a $7 billion factory in Arizona that would create thousands of jobs, “It was a good chance to sit down and talk about everything from immigration, tax reform, our position on diversity and women and underrepresented minorities in the workplace,” he told CNBC’s Jim Cramer.