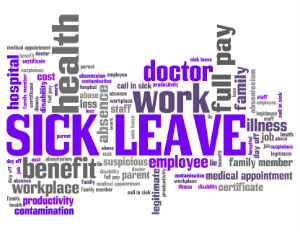 In the U.S. nearly 40 million workers still lack access to even a single day of paid sick leave.

Since 2002, just three states have passed laws to provide workers with access to paid leave, 25 cities and five states have guaranteed workers the right to earned sick leave and just one city and one state have implemented policies to ensure workers have access to workplace flexibility.

[Related: Can EEOC New Document Stop Employers From Being Racists?]

Examining the demographic breakdown of workplace benefits, a recent report from the Center for American Progress, found that workplace flexibility varies drastically depending on race and gender.

Women are 4.1% more likely to have access to paid sick leave compared to men, which the study says can in part be due to women being more likely to use their leave to care for a sick child.

While the statistics are unfavorable, unfair treatment in the workplace is certainly nothing new. While women in the U.S. earn 79 cents for every dollar a man earns, black women earn just 63 cents and Latino women earn just 54 cents.

To help improve access to paid family leave in the U.S., San Francisco and New York gave a major boost in April when San Francisco became the first city to approve six weeks of full paid leave and New York approved a policy to offer up to 12 weeks.

In his State of the State address in January, New York Gov. Andrew Cuomo spoke about his personal connection to pushing for paid leave.

“Life is such a precious gift and I have kicked myself every day that I didn’t spend more time with my father at the end period,” said Cuomo. “I could have. I’m lucky. I could have taken off work. Could have cut the day in half. I could have spent more time with him. It was my mistake and a mistake I blame myself for everyday.”

Recognizing that many workers don’t have access to paid family leave, Cuomo spoke openly about why it’s important for him to enforce new work benefit laws in his own state of New York.