Studying Abroad Still an Option for College Students of Color 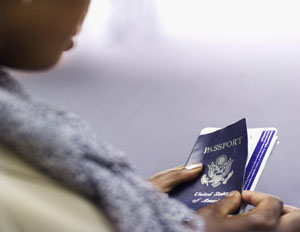 Ashley Stephens, a finance and accounting double major at Syracuse University, is still adjusting to the 12-hour time difference between the States and Shanghai, China.Â  The rising senior spent most of her summer break enrolled in SU Abroad‘s The Ascent of the Chinese Economy, followed by an internship at Mary Ching, a luxury shoe and accessories brand.

“The company is looking for investors, so what I did was look at financial records, income statements, and P&L [profit and loss] statements,” says Stephens. “[I] basically looked at what were their bestsellers and the growth of the company.â€

In the first half of the program–comprised of eight SU enrolled students–the 20-year-old was one of two students of color, the other student hailed from George Washington University. However, Stephens became the only Black student in a cohort of around 90 during the second portion. It’s a disproportion that’s quite common across college campuses in the United States.

According to the latest Open Doors: Report on International Educational Exchange, a study run by the New York-based not-for-profit organization Institute of International Education (IIE), of the 260,327 students that studied abroad for credit in 2008-09, nearly 81% are White and only 4.2% are Black/African-American.Â  The same report found 7% of Asians, 6% of Latinos and nearly 2% of multiracial students studied overseas. Looking at the larger picture, college and university students earning Â credit abroad is down for the first time in 22 years, but international students studying abroad in the U.S. is on the rise (up 3% to 690,923 during the 2009-10 academic year).

This opportunity gap was addressed by First Lady Michelle Obama last January at the “100,000 Strong” State Visit event on the campus of Howard University in Washington, DC.Â  Mrs. Obama outlined efforts to support the “100,000 Strong Initiativeâ€ to increase both the number and the diversity of young people from the U.S. studying in China. She stressed the benefits of studying abroad, but also made mention of students’ reservations, such as expense, relevance and accessibility.