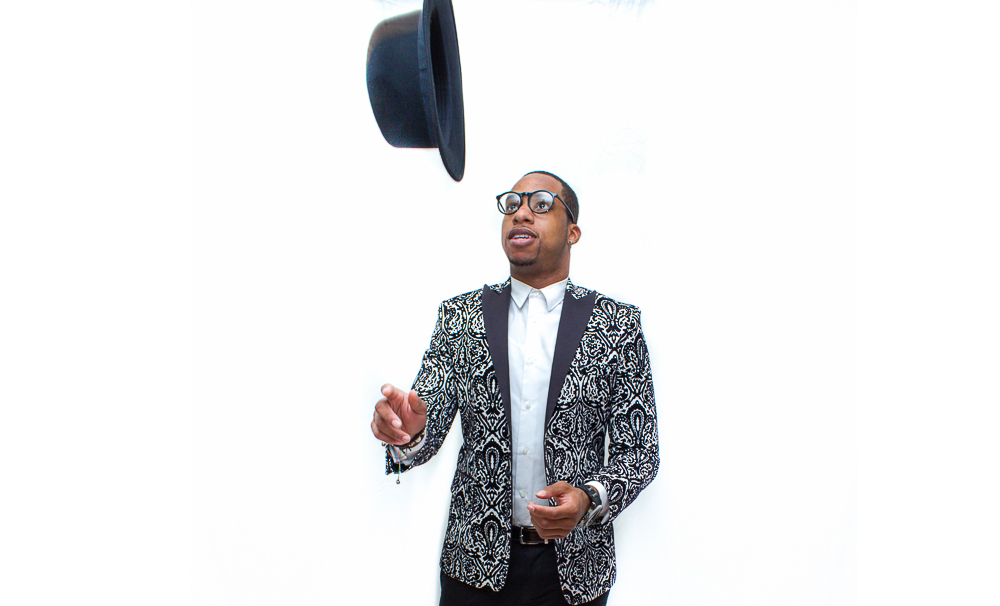 “The great thing about having style is that it’s personal. No one can dictate your personal style. It represents who you are and doesn’t require any validation.” – R. Barnett

Romain Barnett, our Creative Director, is a style visionary and master of the dapper/street style universe. He’s been the mastermind behind executing the visual representation of the Mr. Refined brand. Romain, a Harlem native, has a rich history working in the event planning and club promotion scene. Having seen style evolve from casual, stylish street wear to the dapper and luxurious, he has made sure we have captured that visually.  He share’s some of his favorite pieces with BE Modern Man:

Blazer: Some may say a blazer is kind of my logo. I am a huge fan of blazers because they’re so versatile. This specific one is a fun piece that you can build your ensemble around. The pattern gives it enough edge, which allows you to tone down your other pieces.

Joggers: Comfortable, yet tailored. Joggers to me, are a relaxed chino that can get the job done. Not often do you see joggers worn with a blazer, but then again…who cares.

T-Shirt: Wearing the right T-shirt can really dictate your outfit. I chose a striped tee because it adds flair while keeping the look subdued.

Shoes: Slip-on sneakers are “the loafers of tennis shoes” as I like to call them. Must be worn without socks which allow you to show some ankle fleekage (yes I just made that up). Slip-on sneakers are seasonal and fall right into this look nicely for a late summer/early fall look.

Accessories: No blazer is complete without a pocket square and lapel pin. I often chose to go with red because it adds a nice contrast. It is always good to also add random colors, which is why I select brown for the bracelet which matches the iPad case.

Submitted by Mr. Refined : A men’s lifestyle magazine for the gentleman interested in luxury, fashion and fine living