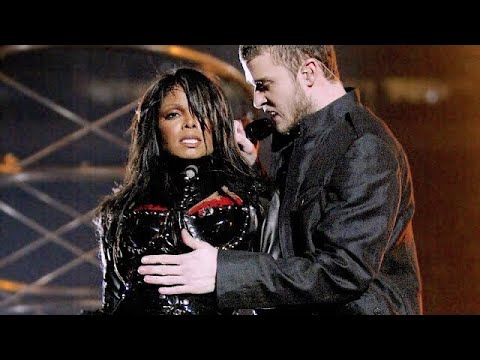 Pop-star Justin Timberlake is under fire again over his controversial Super Bowl performance with Janet Jackson.

A celebrity stylist who was working for Jackson at the time of her 2004 Super Bowl performance, claims the “Cry Me A River” singer orchestrated the “wardrobe malfunction” in hopes of stealing the shine from his ex Britney Spears following her kiss with Madonna and Christina Aguilera at the 2003 Video Music Awards, Page Six reports.

Fashion stylist Wayne Scot Lukas claims Timberlake “insisted on doing something bigger than their performance. He wanted a reveal,” Lukas told the outlet. Jackson reportedly had initial plans to wear a pearl G-string inspired by the one Kim Cattral wore in Sex And The City.

“Janet was going to be in a Rocha dress, and [Justin] was going to step on the back of her dress to reveal her butt in this pearl G-string,” Lukas recalled. However, “the outfit changed a couple of days before, and you saw the magic.”

In the end, Timberlake infamously tore off part of Jackson’s top exposing her breast on live national television. Following the mishap, Timberlake claimed that it was a “wardrobe malfunction.” But, Lukas says otherwise. “I wouldn’t call it a wardrobe ‘malfunction’ in a million years,” Lukas said. “It was the most functioning wardrobe in history. As a stylist, it did what it was intended to do.”

In February, Timberlake issued out a public apology to both Janet Jackson and Britney Spears for his part in benefitting “from a system that condones misogyny and racism,” The Guardian reports. “Janet has already forgiven Justin in private,” Lukas said. “They made their peace a long time ago. However, Timberlake’s manager Johnny Wright recently riled things back up by leaving a comment on Jackson’s Instagram page urging her to forgive the former Nsync member.

The move rubbed Lukas the wrong way and left him no choice but to reveal the dark secret behind the alleged wardrobe malfunction. Looks like Justin Timberlake might have some more explaining to do.