Submit Your Film to the American Black Film Festival 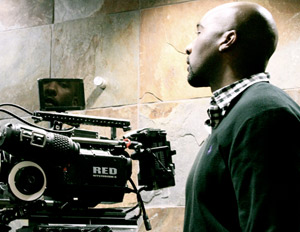 Film submissions are open for the 19th Annual American Black Film Festival (ABFF). Taking place this year, June 11-14 in NYC, ABFF eagerly seeks films to screen at this year’s event. Whether documentary, narrative feature, or web original the three month screening process is one taken seriously. “The films start by being reviewed by a professional screening jury, who write official reviews and grades for each film. The top scoring films ultimately make it through to the internal semi-finals as it were,â€ says Melanie Sharee, ABFF’s Senior Director of Programming and Communications. “Films then go before a secondary jury on which two ABFF members sit. And then to a final jury for award determination.”

With past jury members including superstar names like John Singleton, Spike Lee, and Robert Townsend; films that make the screening cut and win ABFF awards are sometimes hard to predict. “Some years there are stand out films in terms of overall quality that are strong contenders to win an award or several awards, and other years we ourselves can be surprised by the final jury’s selection,â€ says Sharee. “At the end of the day, art is subjective and that’s part of its allure.Â ”

With ABFF’s goal in supporting filmmakers of color, documentary, narrative film, and web originals submitted must be written or directed by a person of African descent or feature a person of African descent in a leading role. Â Deadlines for this year’s films are differentiated by category. Â Check the list below and submit your project for consideration at ABFF.com.