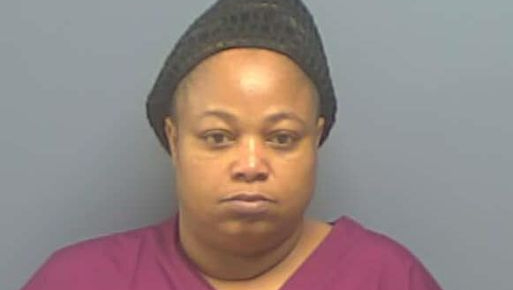 A school cafeteria worker at Jewel M. Sumner High School in Louisiana must have thought the high in high school meant something else.

According to a Facebook post by the Tangipahoa Parish Sheriff’s Office, the substitute cafeteria worker was arrested after being accused of selling food that contained marijuana. Someone reported her actions through a tip line.

Tymetrica Cohns, 45, of Kentwood, LA was detained on Friday for selling homemade weed edibles to the students.

“I want to commend this student who saw something and used the app to bring this threat to the attention of our school officials and law enforcement,” Stilley said.

Chief Travis stated to students as well as the general public the importance of utilizing the anonymous P3 tip app for reporting any and all suspicious activity.
“The safety and well-being of our students are paramount. We encourage using the 33 app to report anything they feel threatens their ability to learn in a safe environment.”
Cohns was reportedly hired by a staffing agency to fill in when regular employees in the cafeteria were absent, WAFB reports.
Doesn’t she know that schools are drug-free zones?