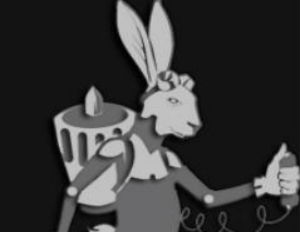 Just last month at the African American Festival in Baltimore, Maryland, BlackEnterprise.com introduced you to two promising influencers in the world of gaming. These two influencers, Derek Manns and Dennis Mathews II have been paving the way as African American gamers, creating games by African Americans featuring more diverse and dynamic characters, and offering a new spin on what it means to be a gamer in this day and age.

One of these two gentlemen, Derek Manns, is the owner of Sungura Games. In preparation for the African American Festival, Derek Manns challenged talented game-maker Dennis Mathews II with the seemingly impossible task of creating a user-friendly, interactive game for AAF’s Toyota Tech Playground in a mere 2 weeks. Well, needless to say, Mathews met this challenge and Sungura Games presented Toyota Racer for the Toyota Tech Playground which was designed to support a love for technology, STEM Nation, and create a space for innovation and experimentation.

Toyota Racer is an exciting and easy functioning game that allows users to race a 2015 Toyota Corolla around a tropical island to clock your best lap. This is the only the beginning of what we can expect to see from Manns, Mathews, and Sungura games. When asked what the future is for the thriving gaming company Manns states “I see us becoming a full-fledged development company. I’d like to legitimize and show that we have the skill and experience to make games like any other company.â€