This Year's Super Bowl Halftime Performance Had a Mere 33 FCC Complaints, Compared to 1,300 in 2020 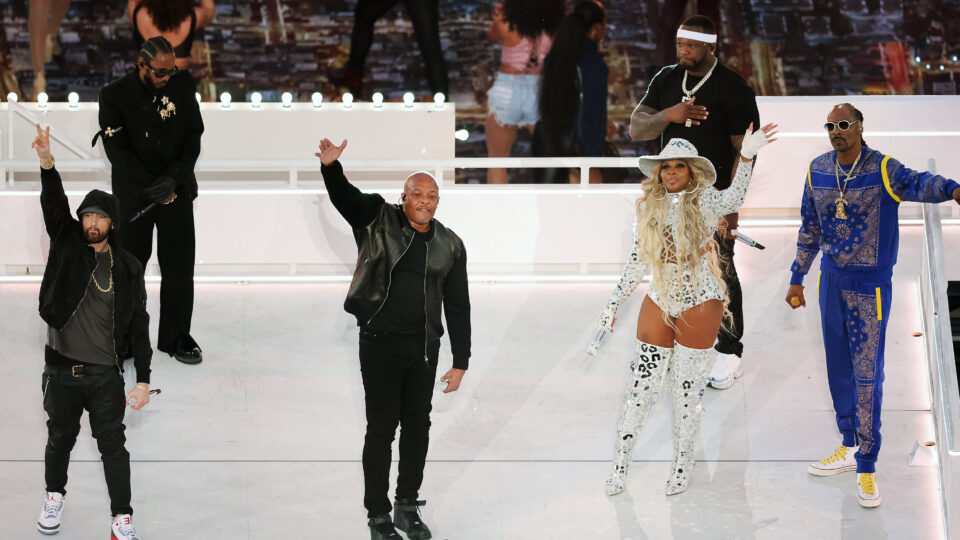 With a performance that was an ode to hip-hop with stars Dr. Dre, Snoop Dogg, Eminem, Mary J. Blige, Anderson.Paak, Kendrick Lamar, and 50 Cent on stage, there were only 33 complaints to the Federal Communications Commission (FCC).

According to The Hill, with millions of viewers tuning in to the colossal show, the FCC stated there were only complaints from 33 viewers. The Hill gained the information as part of a Freedom of Information Act request.

That number is much lower than the complaints leveled at the 2020 Super Bowl Halftime performance. That year, Jennifer Lopez and Shakira’s performance generated 1,300 complaints to the FCC. Even the 2019 performance, which featured Maroon 5, produced approximately 50 complaints.

We may never get the number of complaints about a performance like the more than 540,000 complaints in 2004. That was the year of Justin Timberlake and Janet Jackson’s infamous “wardrobe malfunction.” That incident left CBS and MTV paying a hefty $550,000 fine that was eventually dismissed.

Here’s a sample of several of the 33 filed complaints.

Addressing the outfits background dancers wore during the performance:

“So if 2020 wasn’t bad enough now we get to see a bunch of half-naked women sexually twerking.”

Another talked about the “scantily clad female dancers who belong in a strip club, not on national TV.”

“This is terrible entertainment for children,” was mentioned by another viewer.

“Sexual content of grown hip hop and rap [singers] grabbing their groin and genitals. So offensive to children, the elderly and families,” a Colorado Super Bowl LVI watcher wrote.

“Janet Jackson performance was 1,000 times better and 100 percent not her fault,” the Chicago viewer said. “Glad Justin Timberlake wasn’t invited to the Super Bowl to this year’s show.”