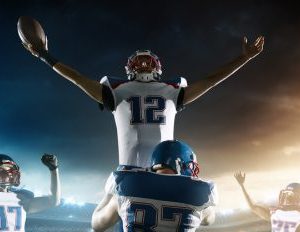 The New England Patriots and the Atlanta Falcons are preparing to face off in Super Bowl LI at the NRG Stadium in Houston. But this is more than the NFL’s marquee game of the year. It’s also a chance for the Greater Houston area’s diverse community to tap into various business opportunities. To drive that point, the Super Bowl LIÂ Host Committee’sÂ  Business Connect program works with Houston businesses that must be 51% owned by a minority, a woman, a disabled veteran or an LGBT individual. The NFL’s Business Connect supplier diversity program aims to increase opportunities for qualified, experienced and certified local enterprises to conduct Super Bowl business, as well as to support individual business growth through networking events, educational and capacity-building programs.

Doing Business With the NFL

Over 300 Houston businesses were selected through the program for Super Bowl LI and connected with larger NFL contractors. According to a CNN news report, one such company is OMG Baked Potatoes, a family-owned catering service and food truck business located in Houston that specializes in combining baked potatoes loaded with meat, including oxtails, lobster, shrimp, and filet mignon. Run by husband-and-wife team Ayesha and Joseph James, OMG was accepted into the program and has since secured a catering contract with Super Bowl event producer Party Planners West.

In addition to serving NFL executives on game day, the couple also plans to have their food trucks outside of the game. “Our business has grown tremendously,” Ayesha told CNN. “We just hired five new chefs and just purchased two more food trucks.”

The Houston’s Business Connect initiative officially kicked off in February 2016 with opportunities running throughout the year and culminating during Super Bowl LI. However, the program gives small businesses a chance to gain exposure and make contacts that can extend beyond the Super Bowl.

This year marks the 51st annual Super Bowl championship game. While the 50th game in San Francisco last year looked back at a half century of celebrations, the 2017 game will look at the future of the event. At last year’s Super Bowl in San Francisco, local businesses had an impact of $200+ millionÂ on the regional economies in which the game is played. This year’s Super Bowl is estimated to have a $350 million net economic impact on Houston.

Not only will local businesses profit from the 1 million people expected to attend some aspect of the Super Bowl festivities over the 10-day period, but local nonprofits in the region also stand to benefit from $4 million in donations from the NFL’s Charitable Giving Program called Touchdown Houston. Grants of all sizes will be made by Touchdown Houston to community organizations.

Houston also is the host city for the 22nd annual Black Enterprise Entrepreneurs Summit, taking place May 17 -20, 2017 at the brand new Marriott Marquis.