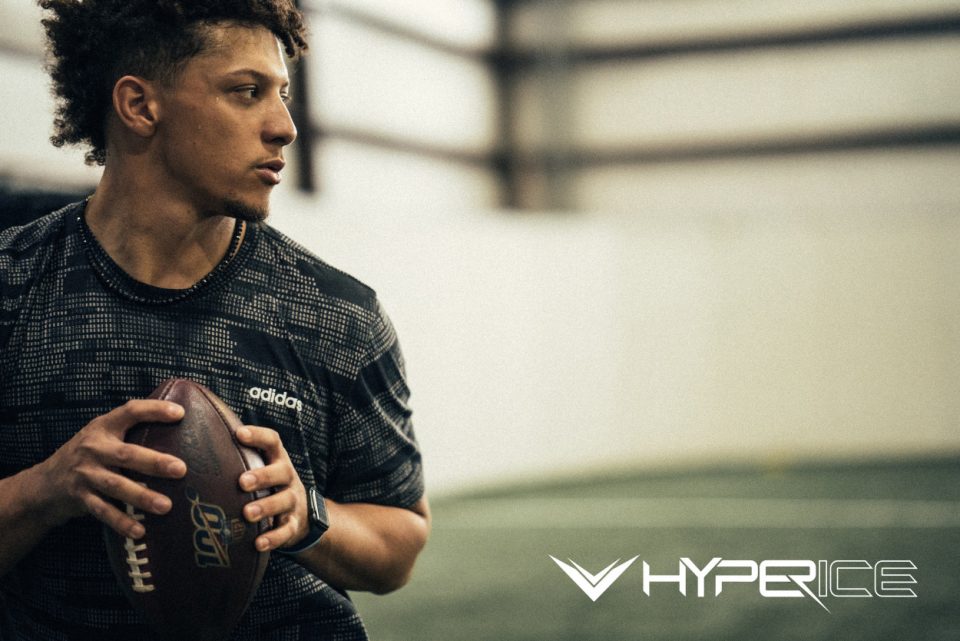 Hyperice, the leading recovery, and performance technology brand and innovators of percussion, thermal, vibration, and dynamic air compression devices, has announced that Kansas City Chiefs star quarterback Patrick Mahomes has joined with Hyperice as an athlete ambassador and investor.

“I’ve used Hyperice throughout my career as an instrumental part of my overall training and recovery routines to ensure I’m performing at my peak on game day,” said Patrick Mahomes in a written statement. “My career has just begun and Hyperice gives me the tools and confidence to accelerate my recovery time and improve longevity.”

“Hyperice is the leader in one of the fastest-growing health and wellness categories, recovery technology, and the alignment with Patrick only accelerates our growth trajectory,” said Jim Huether, CEO of Hyperice. “Patrick is the most dynamic and versatile young talent in the NFL. As impressive as he is on the field, his investment in and advocacy for Hyperice shows his forward-thinking approach to future successes off the field.”

After being drafted 10th overall in the 2017 NFL Draft by the Kansas City Chiefs, Mahomes has been a bright star for the NFL team. In just his third season, Mahomes has been one of the best, if not, the best player currently playing in the NFL. He earned the NFL Most Valuable Player Award in 2018, followed by a Super Bowl Championship and Super Bowl MVP in the 2019-20 season. As the team’s starter, the Kansas City Chiefs’ record is 32-8 heading into this season.