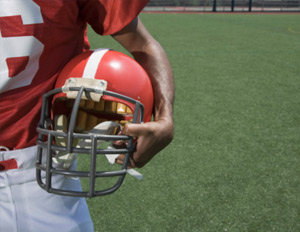 Year after year the Super Bowl is the most widely watched event worldwide. Last year was no exception with over 111 million people viewing the Green Bay Packers vs. the Pittsburgh Steelers in Super Bowl XLV, setting an American TV record. The prediction is that Super Bowl XLVI will exceed last year’s viewing audience. Over 70,000 fans are expected to be at Lucas Oil Stadium for the game and between 100,000-to-150,000 fans are expected to be in Indianapolis for the major sporting event. Then, of course, there are the countless others who will be keyed in to the game via social media.

This year’s Super Bowl will be one of the most connected events in sports history with Twitter, Facebook, mobile apps and hash tags at the heart of the online engagement. The social media strategy will include the game, commercials, and information for fans in Indianapolis. For the first time in history, the Super Bowl host committee has setup a social media command center, a 2,800 square foot space with a 50-person team that will monitor the online activity of the most important football game of the year.

Now, let’s take a look at the 2011 Super Bowl digital stats to get a sense of how important the digital landscape has become to the Super Bowl.

Due to the size of the viewing audience, Super Bowl commercials are just as, if not more, important that the game itself. In fact, with advertisers vying for your attendance and online engagement, a single 30-second spot costs $3.5 million. One of the top ways to monitor the commercials is via Brand Bowl 2012, a dashboard managed by Mullen and Radian 6. Â The dashboard will monitor tweet sentiment (positive, neutral and negative), the number of tweets per brand and users reactions on Twitter to provide a total brand score.

Super Bowl ads are going to be more interactive this year. One of the most exciting pieces of digital technology is the Chevy Game Time mobile app that was developed by Detroit Labs, a startup from the Motor City.

The social media strategy at Super Bowl XLVI is the game within the game and begs the question: is the real game being played online or on the field. Either way we look to forward to seeing you online.