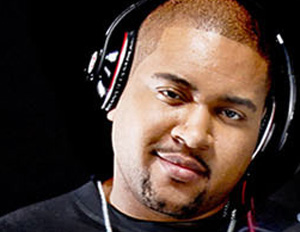 Grammy-nominated music producer, Kevin “Khao” Cates has crafted hit records for some of the biggest names in music, from T.I. to R. Kelly to Jay-Z. As a youth, the Alabama native gave all he had to his dream, paying his dues in radio — and becoming homeless even — before getting his big break as an Atlanta-based mega producer.

AlmostÂ three years ago, Cates took a break from his multiplatinum career in music to pursue a larger vision of helping community youth. Today he serves as founder ofÂ Bridge DA (Developing Academics) Gap organization, empowering children and teens through music-based programs and curriculum.Â BlackEnterprise.com talked with Cates about his hard-knock rise to success, what the music industry taught him about business and giving back, and why his nonprofit is close to his heart.

BlackEnterprise.com: You’ve made hits for multiplatinum artists and have been successful with that for many years. What are the top things you learned about business from being in the industry?

Biggest thing is that many think it’s all about talent, but it’s still a business at the end of the day. Coming up in Alabama, I spent my time investing in my talent [as an artist], and I had many tracks that weren’t moving. So, the important thing was to network and bring more to the table. That’s the biggest way of getting more work. I own all my publishing. That was a tough thing, because the business is built off of gaining control of that component, and definitely know that ownership is key, even if it means being out of the spotlight. To me, I have my freedom to step away and say I want to help kids and have no contract I’m attached to that I don’t want to be.

How did that experience help in your transition into starting a nonprofit?

It helped tremendously because the music business is all about relationships. There’s a lot of people who start nonprofits for various reasons, but Bridge DA Gap is all about music. The music business builds a tough work ethic and building relationships made it a lot easier for me. It also really helps when you’re relating with kids, because they know the artists I’ve produced music for, they know the songs, and they’re able to see what I sacrificed. There’s a respect and they’ll listen. I can talk to them, not at them.

Another very important thing that I learned from the music business is that relationships are everything. On the nonprofit side it’s all about asking. I’m someone who never knew how to make the ask. I realized if I wanted to get help from people, it’s a show and prove type of thing, where I do the work and others see that and support.

What advice would you have for anyone who is transitioning from for-profit endeavors into nonprofit?

I wish I knew that there was so much money out there that could be of help to the journey a lot faster. Just knowing how the paperwork should be filed and the resources out there is important. There’s so much out there where no one steps up to get it. Take advantage of all your resources.

A big part of making a nonprofit successful is fundraising. If you don’t know how to ask, get some people around you who do and aren’t afraid to. Get a good team together.

And you still need a business plan for a nonprofit. Think more like a business. As you’re starting a nonprofit, the ask is always great, but what do you have in case you don’t get the grants or other funding?Â As we’re helping kids, [we’ve got a product that’s being produced and can be bought.] As Bridget DA Gap takes off, it will not be hard to go platinum in each state.

Find out what you really want to do and map out your plan.Â Many people want to save the world but what’ s your plan of action?

Check out more about Kevin “Khao” Cates and his organization at BridgeDAGap.com.