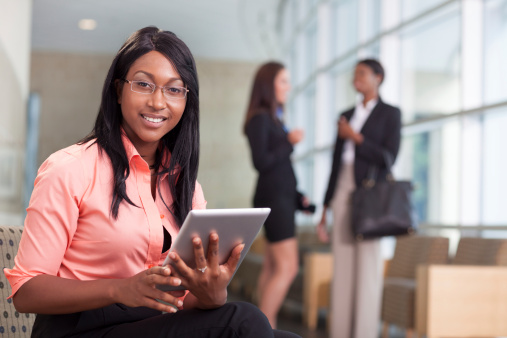 Ever heard the word ‘coding’ and thought, “Hey, that’s for tech geeks. That’s not my forte.” Well, think again. One advocacy group believes the skill can be the key to a career path that’s not as difficult—or boring—as some may think. Â And it’s one that can be applied to any industry you can think of.

Code.org, aÂ nonprofit dedicated to increasing computer programming education and awareness, has launched a series of PSAs, one in particular highlighting a valuable, not-so-complicated skill that “90% of schools don’t teach,” but one that could lead to a lucrative professional journey. In fact, it’s a skill that has taken people like Facebook founder Mark Zuckerberg and Microsoft heavyweight Bill Gates to the heights of historic innovation and cool inventions. Even Miami Heat baller Chris Bosh has experience with coding and advocates for tech education.

“Coding is something that can be learned. I know it can be intimidating—a lot of things are intimidating—but… what isn’t?” Bosh says.

“It’s really not unlike playing an instrument… or playing a sport. It starts off being intimidating but you kind of get the hang of it over time,” adds Dropbox creator Drew Houston. “Even if you want to become a race car driver or play baseball or build a house—all of these things have been turned upside-down by software.”

“You don’t have to be a genius to know how to code. You have to be determined,” says Girl Develop It founder, Vanessa Hurst.

From agriculture to music to healthcare and beyond, coding is a highly sought-after and marketable skill in the job market, and depending on the nature of the job, isn’t as overwhelmingly mysterious as one may think.

Though I’m no Zuckerberg, I even have coding skills, having learned the basics via a college course and watching my brother, who has experience with computer engineering, tinker with it. It’s a fascinating game of trial and error, and once you learn the simple symbols and fundamentals, the sky’s the limit. My transition into digital media was truly by calculated happenstance (if there is such a thing), and I learned much more about digital publishing by watching programmers, on-the-job training, and experimenting on my own via WordPress. I’d even compare the page source info, which is a screen that looks like numeric mumbo jumbo but translates into photos, text and formatting, of my favorite sites, experimenting with colors, spacing and tables to replicate what they do on my own.

Sure, having aptitude in mathematics, statistics, and science help when it comes to becoming the next social media site wizard, but some knowledge of coding can always come in handy in a world that is increasingly tech-savvy and tech-dependent.

It’s say Code.org and many of the other tech advocacy groups are on to something. I got the bug for being intrigued by coding and technology via a honors class I took as a middle schooler in the early 90s, having played Oregon Trail and wondering how the letters showed up on the screen and how they were able to get the background to look like hunting grounds.