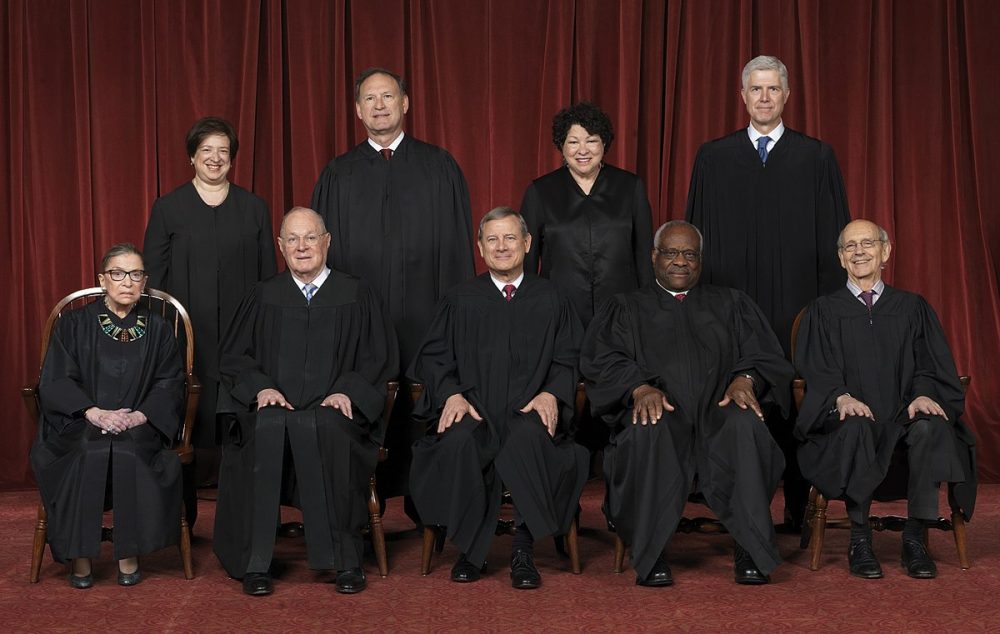 In what is being called one of the most brazen acts of voter suppression in modern history by some, the U.S. Supreme Court on Monday approved the nullification of ballots Wisconsin citizens mailed in.

According to Slate, the votes are not being counted because the state did not receive ballots until after Election Day due to the coronavirus outbreak. The conservative court ruled 5-4 and Ruth Bader Ginsburg wrote in dissent the court’s order “will result in massive disenfranchisement.”

The majority claimed that its decision would protect “the integrity of the election process.”

Wisconsin has a state election scheduled for Tuesday. More than 3,800 seats are on the ballot, as well as a crucial state Supreme Court race, but the coronavirus outbreak has created significant issues. Thousands of poll workers have quit out for fear of contracting the virus, forcing cities to shutter dozens of polling places.

However, the state Supreme Court reinstated the election, forcing its citizens to choose between voting and potentially their lives. Additionally, because streets across the country are empty due to quarantine restrictions, there has been a surge in absentee ballots. Election officials have said they do not have the time, resources, or staff to process all those requests.

A federal district court ordered the state to extend the absentee ballot deadline directing officials to count votes mailed after Election Day so long as they were returned by April 13. A conservative appeals court upheld the decision, but the Supreme Court reversed it.

“If proximity to the election counseled hesitation when the District Court acted several days ago,” she wrote. “This Court’s intervention today—even closer to the election—is all the more inappropriate.” Ginsburg also pointed out extending voting beyond the deadline to protect citizens’ constitutional rights is not unusual. “If a voter already in line by the poll’s closing time can still vote,” she asked, “why should Wisconsin’s absentee voters, already in line to receive ballots, be denied the franchise?”