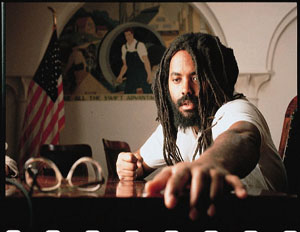 The U.S. Supreme Court declined an appeal from the Philadelphia district attorney’s office to review the racially charged case for convicted cop killer Mumia-Abu-Jamal Tuesday.Â  A new jury will decide whether the former Black Panther should be resentenced to death or life in prison.

The case will return to Philadelphia County Court of Common Pleas for sentencing.

After weeks of speculation, NBA Commissioner David Stern confirmed what sports fans have feared: the regular-season has been postponed. Stern announced the cancellation of the first two weeks of the season. The announcement comes after the league and its players’ debated for more than seven hours Monday and still were unable to reach an agreement.

The cancellation of games is scheduled through Nov. 14.

The iPhone 4S is already in a league of its own, with Apple’s first-day pre-order numbers exceeding 1 million. It breaks the record set by last year’s model.