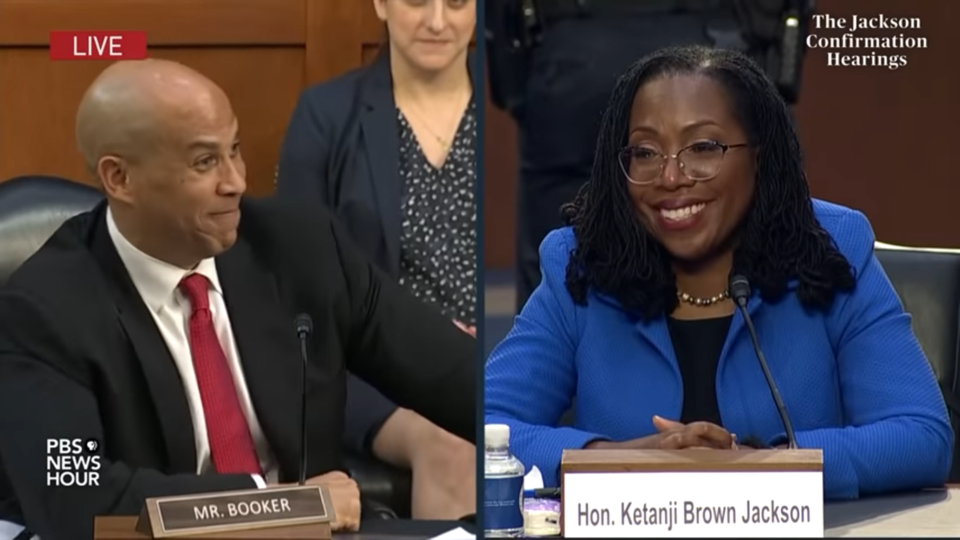 Judge Ketanji Brown Jackson explained why she became emotional when New Jersey Sen. Cory Booker (D) spoke up for her during her Supreme Court nomination hearings.

In an interview with The Washington Post, `Brown Jackson said Booker’s closing comments brought her to tears and made her feel like someone truly understood how grueling the nomination process had been for her to get to that moment.

“It had been 18 hours of questioning. I was exhausted and also, in a sense, relieved — it felt like someone understood how difficult it had been and how much this particular position meant to a lot of people,” Brown Jackson said in the interview.

In his closing statement, the New Jersey Democrat praised the judge for making it through a confirmation process that included accusations that she went easy on child predators and called former President George Bush a war criminal.

“You have earned this spot, you are worthy, you are a great American,” Booker told Brown Jackson in his emotional closing statement. “Don’t worry, my sister, don’t worry, God has got you, and how do I know that? You’re here, and I know what it’s taken for you to sit in that seat.”

Video of Booker’s speech shows both of them getting emotional in the moment as Brown Jackson was brought to tears, and Booker could not contain how excited he was for her to get through the confirmation process.

Brown Jackson’s interview with the Post is her first public remarks since her confirmation. She also talked about the pressure of being the first Black woman on the High Court and her joining the court at a time when it is being attacked due to the leaked draft opinion on abortion rights.

“It’s not about me personally, in a sense,” Brown Jackson told The Post. “I’m embodying this progress that many people feel we’re making by having me appointed to this seat. And so it’s pretty daunting in a lot of ways.”