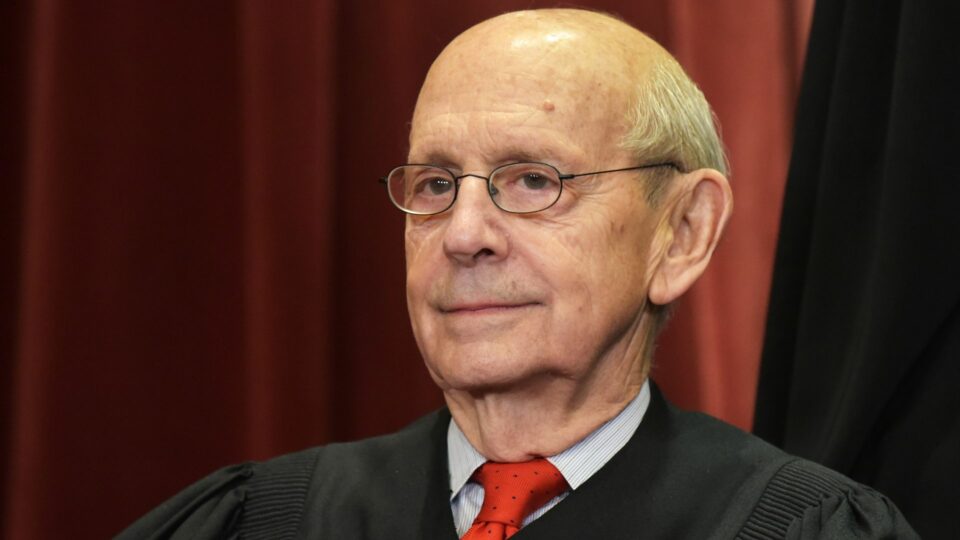 Justice Stephen Breyer announced he will step down from the Supreme Court at the end of the current term. (Image: Twitter)

Associate Supreme Court Justice Stephen Breyer announced he would step down from the highest court in the nation after almost three decades on the bench.

Breyer, 83, is the oldest justice and one of three liberal justices remaining. His departure allows President Joe Biden to appoint a successor that could serve on the bench for years and maintain the 6-3 conservative majority.

Liberal activists and Democrats have been pushing for months for Breyer to retire while Democrats hold majorities in both houses, something that could change after November’s midterm elections. Many believe late Justice Ruth Bader Ginsburg stayed on the bench too long and should’ve retired during the Obama administration.

Ginsberg instead served until she died due to cancer, which allowed former President Donald Trump to nominate Amy Coney Barrett.

During his campaign, Biden pledged that he would nominate a Black woman for the court if a Supreme Court seat opened. Not long after Breyer’s informal announcement, Ohio Congresswoman Joyce Beatty released a statement saying she is confident Biden will keep his campaign pledge.

“I will never forget how meaningful it was to hear then-candidate Biden announce to the world that he
intended to appoint a Black woman to our nation’s highest court, should there be a vacancy during his
presidency. Now, with the reported retirement of Justice Stephen Breyer, who has served the court
with honor and dignity for nearly three decades, I am confident that the President will follow through
on this promise,” Congresswoman Beatty said.

Others that are looking for Biden to act on his campaign promise include the progressive group Demand Justice, which hired a truck to drive around Washington D.C. with the statement: “Breyer Retire. It’s time for a Black woman Supreme Court justice.

The shortlist of names to replace Breyer includes U.S. Circuit Judge Ketanji Brown Jackson, Leondra Kruger, and possibly Sherilynn Ifill, who announced she was stepping down as the president of the NAACP Legal Defense Fund late last year.