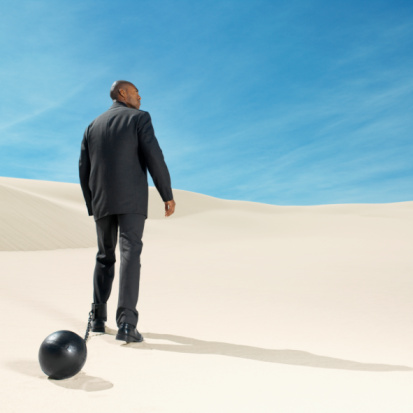 This is the time of year when millions of Americans who negotiated settlements on credit card, mortgage, or auto loan debt in 2010 are starting to receive shocking tax letters in the mail. Oftentimes months after they’ve resolved old debts, consumers are receiving so-called 1099-c “cancellation of debt” tax notices, informing them that the IRS plans to count their forgiven or canceled debt as “income.”

That’s right. Credit card issuers, banks, and debt collectors who agree to accept at least $600 less than the owed balance are required by law to file 1099-C forms with the IRS. In addition, they send a notice to debtors. In turn, the debtor must report that “incomeâ€ on his or her federal income tax return.

Here’s an example: Let’s say you owed $10,000 on a credit card and sometime in 2010 you negotiated with a collector to pay off $6,000 to cancel the debt. The credit card issuer will report the forgiven $4,000 you didn’t pay off as taxable income. In the eyes of the IRS, you earned an extra $4,000 in 2010. What can really cause financial pain is when people who’ve experienced a foreclosure receive a 1099-c in the mail. Banks often issue the notices when they sell a foreclosed home for less than the previous owner owed on their mortgage. In some cases, the foreclosed person gets slapped with a 1099-c that adds hundreds of thousands to their earnings for the year.

The 1099-c has been around since 1994, but its use has been growing in recent years. TheÂ annual number of 1099-c forms filed with the federal government by creditors and debt collectors nearly doubled between 2003 and 2008, according to the IRS. The IRS received a just under 1 million forms in 2003 and more than 1.99 million in 2008. This year, the number is expected to grow to 2.8 million, and for the 2011 tax year: 3.1 million.Â Experts believe the spike is partly due to the rise in mortgage foreclosures and settled credit card debt.

“Depending on the amount of debt forgiven, the taxpayer’s income level, deductions and other factors, the consumer could face a sizable tax bill come April 15th,â€ explains Ben Woolsey, Director of Marketing and Consumer Research for CreditCards.com. “Few consumers are aware of the tax implications of settling to pay a lesser amount than they owe in credit card debt, and never expected their debt settlement would be considered income.â€

Since many consumers don’t know what the 1099-c forms are, some may throw out the notices because the forms come from creditors or debt collectors with whom they assumed they had settled. Other taxpayers are not filing the 1099-c with their federal income tax returns, putting them at high risk for IRS audits, penalties and fines.

Woolsey and other experts at CreditCards.com offer five tips for preventing and handling forgiven debt when it resurfaces at tax time.

-Get professional advice: Consumers who receive the 1099-C cancellation of debt forms should immediately take them to a tax preparer or tax adviser.

-Prevention is key: Consult with a tax adviser before finalizing debt settlement agreements to find out the potential tax implications. Ask for a tax preparer who has experience with the 1099-c. Â Also clarify with the creditor or debt collector the exact amount that will be declared on the 1099-c form.

-Check your mailbox: Be aware that the 1099-c is coming and don’t throw it away. Take it directly to your tax preparer.

–You may be excluded: Taxpayers may qualify for one of several exclusions that allow them to reduce taxable income from canceled debts. Â Look into the details, and if the exclusions apply to you, file an IRS form 982 in addition to the 1099-c.

-Beware of inconsistencies: If there is a dispute about the amount reported on the form, contact the creditor or debt collector immediately to resolve the matter. Then ask for a corrected 1099-c form.

Be sure to also read these related articles…