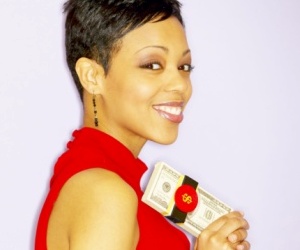 In a recent survey released by Mercer, pay raises are on the rise from American employers. The survey illustrates that by 2014 the average raise in base pay is to rise to 2.9%, up from 2.8% in 2013 and 2.7% in 2012 and 2011. In addition, salary increases for the top-performing employees, which accounts for about 7% of the workforce, will also rise as companies continue focusing on the retention of top workers.

“Employers recognize that their greatest challenge is to retain their top performers to avoid post-recessionary flight of these valuable assets. This means they have to reward and recognize them,â€ said Jeanie Adkins, partner and co-Leader of Mercer’s Rewards practice. “This includes providing higher pay increases along with other non-cash rewards such as training opportunities and career development.â€

Employers are looking for improved ways to pay for high performance and have begun to divide their workforce by high-performing and high-potential employees. As a result, these groups are rewarded with significantly higher increases. According to Mercer, the highest-performing employees were awarded an average base pay increase of up to 4.6% this year, compared to 2.6% for average employees and 0.2% for the lowest group.

“In an improved economy top performers continue to get salary increases nearly twice that of an average performer which indicates that pay for performance is alive and well in the annual merit process,â€ said Catherine Hartmann, Principal in Mercer’s Rewards consulting business.

In addition employers are also investing in new practices to improve work-life and employee engagement. Some of these measures include sponsored conferences, professional development events, and flexible hours.

This most recent Mercer study on payment trends is reflective of pay practices of more than 13 million workers across the US. The survey has been conducted annually for 20 years and includes upwards of 1,000 mid-size and large employers countrywide.