People of Color and the Young Most Subject to Online Harassment 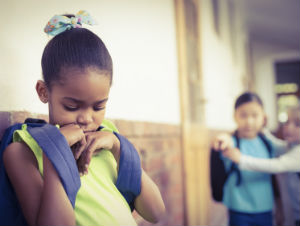 People of color and millennials are subject most to online harassment and bullying, reveals a new study.

Conducted by Red Campaign, Lincoln Park Strategies, and Craig Newmark, founder of Craigslist and craigconnects, the data shows disturbing trends about who is harassed most online.

Forty-seven percentÂ of millennials, those currently 18—34 years old, have experienced online harassment or know someone who has. Seventy-two percent of these young people personally knew their online harasser.

When it comes to politics, older middle-aged people, those from 55—64, experienced the most harassment online and via social media. The next age group most subject to online bullying because of their politics isÂ those over the age of 65.

Political harassment online has doubled since 2014, which should surprise no one keeping up with the current political climate.

People of color are harassed more than white people. Thirty-four percentÂ of Asians and Hispanics report being bullied online, and 22% of blacks. Nineteen percent of whites report they have been harassed online.

Most are harassed over their politics or about their character or abilities. Online, people are also harassed about their sexuality, race, class, or religion. The good news? Outright homophobic harassment seems to be minimal at only 7%.

Facebook seems to bring out more online bullies with 63% of those surveyed responding that they have been harassed most on that platform. The next favored way to harass someone via digital means is email, then Twitter, and next is YouTube.

“While there are a few pieces of good news in the data, overall we still have a long way to go to solve this pressing problem,â€ said Stefan Hankin, president of Lincoln Park Strategies. “Given the amount of attention that online harassment has received over the past couple years since we polled in 2014, we would expect to see more dramatic shifts in the numbers, but that was not the case. If companies, and we as individuals, are looking to truly solve this problem, we are going to need to rethink our approach.â€

View the entire infographic of the survey as well as the survey methodology.

BE Luxury: 4 Things To Look For When You Buy a Luxury Home

FacebookTwitterYoutube
← BE Luxury: 4 Things To Look For When You Buy a Luxury Home ← Tyra Banks Joins ‘Funded’: A New Reality Show Awarding $1 Million to Entrepreneurs
×
'