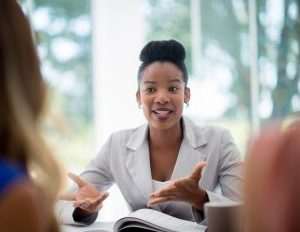 In the last year, several major companies and corporations announced initiatives to further racial and social justice. However, a recent survey shows their employees don’t think they fulfilled their promises.

A new Racial Justice and Equity Survey from Benevity shows a trend in the number of companies that announced diversity and inclusion efforts that still haven’t been acted on. Results show only 26% of employees say their company’s racial justice commitments were fulfilled, while 61% of employees say they weren’t.

“I believe it is essential that businesses make meaningful investments in building diverse, inclusive workplace cultures,” Lisa Lewin, CEO of General Assembly, told USA Today. “At a minimum, when it comes to topics like racial justice or climate change, companies must ‘do no harm.’ “

The survey was conducted from May 24 to June 6 and spoke with 1,000 employees from Fortune 500 and mid-level companies. While a series of funding and initiatives have been rolled out in the wake of the murder of George Floyd, many have criticized the efforts for only being a move to stay on trend rather than a genuine nod toward equity and inclusion.

Of those surveyed, 70% agreed that it’s important for companies to have difficult conversations in the workplace about racial and social justice. Sixty-nine percent said they would recommend their companies to others if they saw more priority made in addressing sensitive topics like racism. More than a third of those surveyed said they would quit their jobs if their workplace didn’t start engaging in conversations of this type.

Another 55% called out their company leaders and said they addressed social justice issues in the last year but took no further action. Another 47% said they felt company leaders displayed the same or less amount of racial sensitivity in the past year.

“True social progress is not possible without the business community taking meaningful action to address the most intractable problems facing our world,” Lewin said.