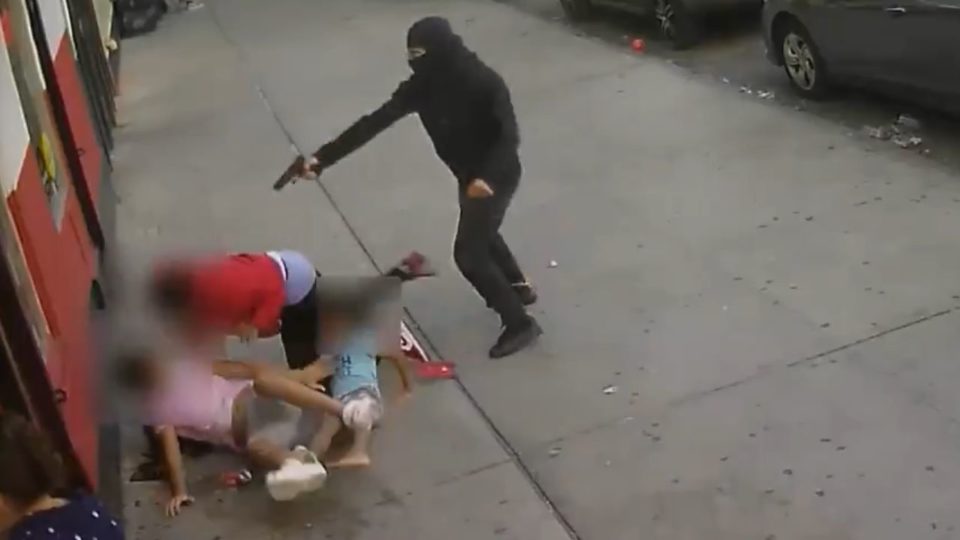 Last week, a gunman opened fire around two children while chasing a man in The Bronx, then fled the scene. The incident was caught on video and launched a manhunt in New York City, which ended Friday morning.

According to The New York Post, suspected gang member, Michael Lopez, 27, for the shooting which took place Thursday, June 17 on Sheridan Avenue near Mt. Eden Parkway. Lopez is accused of opening fire on a 24-year-old man, while narrowly missing a 5-year-old boy and his 13-year-old sister.

Lopez, who was previously in prison, was released in 2017 on an attempted assault conviction and he served two years on parole. He is said to be a member of the “Make It Happen Boyz” street gang and is no stranger to the authorities as he has been arrested five times previously. Lopez been charged with robbery, attempted murder, conspiracy, criminal possession of a weapon, and unlawful disclosure of intimate images, police sources said.

As previously reported, surveillance video shows the shooting victim running down the sidewalk away from the suspected gunman, Lopez, before bumping into the children. Lying on the ground, the victim stumbles to get up and move. He was struck in the back and both legs, ABC News reported.

The children were inches away from getting shot as they held each other in their arms. The victim is said to have an extensive criminal background and may have used the children as shields.

The gunman fled the scene of the crime, hopping onto a scooter operated by a second individual, according to the New York Police Department. The victim was brought to an area hospital and is now in stable condition, the NYPD said.