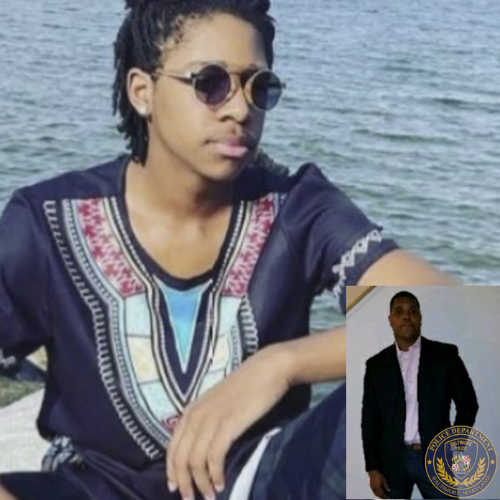 The Baltimore police officer who hid his stepson inside a hole in the wall at their townhouse has been formally charged with first-degree murder.

Now, that the officer is charged with first- and second-degree murder, as well as child abuse, new details have emerged from the investigation, according to The Baltimore Sun.

Documents show that D.J.’s death was ruled as a homicide by asphyxiation, the act of depriving one of oxygen or suffocating a person until one is unconscious or dead, as the teen has visible injuries on his neck, face, and mouth.

Investigators also found wet and stained clothes that smelled of bleach; police are convinced some of the stains are blood.

“Based on a combination of the evidence collected at the scene, the timeline of events, statements provided by Mr. and Ms. Banks, as well as the ruling of the [Office of the Chief Medical Examiner], there is sufficient evidence to demonstrate that Mr. Banks killed Dasan Jones and attempted to conceal his body from law enforcement,” Det. Kelly Harding wrote in a statement of probable cause.

On the contrary, Banks has denied killing his stepson, according to his attorney Warren Brown who told The Sun that Banks said he had found D.J. already dead in a bathtub from an apparent suicide.

On July 6 at the family home, Banks told responding officers that D.J. was not home, which was false because the 15-year-old’s body was disposed of by Banks – the suspect already admitted it.

When Banks consented to a house search,  an officer found the teen’s body in a bedroom on the top floor in a “hole in the wall with a white cover leaning on it,” the charging documents previously described.

“Mr. Banks denied harming Dasan Jones and claimed not to know what caused his death. Mr. Banks could not provide a reasonable explanation for hiding the victim’s body,” police said.

After D.J.’s body was discovered, Banks, who was being arrested, requested to say goodbye to his other children before he reached for an officer’s gun. It was then that Banks told the officer “[you] gonna have to end this,” The Sun reported.

As BLACK ENTERPRISE previously reported, Latrice Banks, D.J.’s mother, wanted a protective order against her estranged husband who shared a 15-year-old son from her previous relationship and two biological children with Eric.

She accuses her husband of stalking and intimidating her, and she wanted Eric to stay away from her and her children.

The first request was denied by a judge, and her second order, was filed hours before her son’s death.

D.J. was a magnet student at Glen Burnie High School who played the violin.

Eric was already suspended from his police role, but the department did not give an explanation for what triggered his suspension.