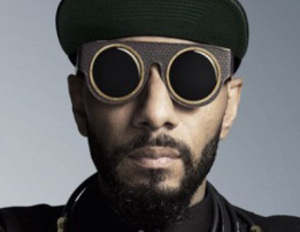 A week after his wife Alicia Keys joined Research in Motion
as the Global Creative Director for BlackBerry devices, Swizz Beats announced his own “Monsterâ€ deal.

Swizz Beatz joined the likes of Will.i.am, Justin Bieber and Lebron James when he announced on Wednesday that he has signed on to the creative and marketing team at Monster Cable Inc.

Swizz Beatz, whose real name is Kasseem David Dean, has advised other brands over the years including Reebok, Lotus Cars and Christian Louboutin. Most recently he was looking to partner with file sharing giant Megaupload, before the company was brought down by the government on charges of copyright infringement.