T.I. Defends Son's Behavior, Says the Media Focuses On the Bad Side of King 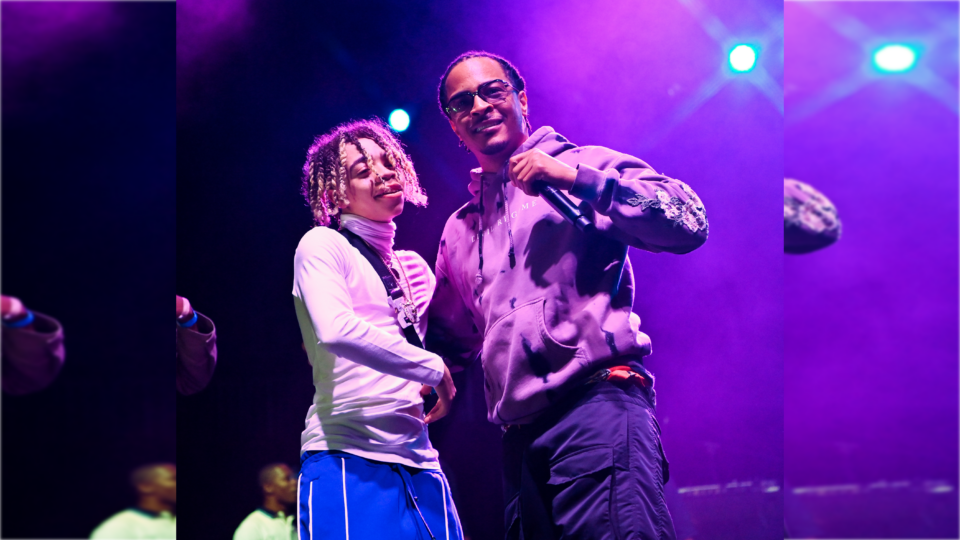 Here’s a “Tip”: “Don’t give people with the least amount of information the most consideration.”

That’s the advice hip-hop artist T.I. ‘Tip’ Harris is giving to detractors who keep criticizing his son King in reference to his behavior and recent hiccups.

During a recent appearance on Shannon Sharpe’s podcast, Club Shay Shay, T.I. defended King against the criticisms, claiming the media only focus on his son’s reckless side.

“I can’t say he’s a great kid enough, but the media don’t talk enough about the good point,” the rapper said. “All they do is focus only on the bad because they got more clicks.”

“I try to make them aware that we can’t talk about things we think they should be rather than acknowledging them for what we know who they are. He’s getting better everyday.

One commenter said they really appreciated Harris for his transparency regarding his son. Although some were impressed with his perspective on King, others felt differently.

“He acts the way he does because his parents don’t hold him accountable,” one user said about the situation, while another chimed in insinuating Harris was making excuses for his kid.

As previously reported by BLACK ENTERPRISE, Harris had to address the public after King was arrested August 31. Critics criticized his parenting skills, saying he needed to be a better father.