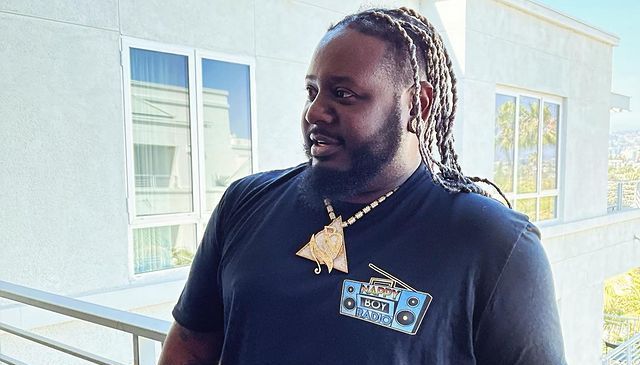 Hitmaker and auto-tune legend Faheem Rasheed Najm, who you may know as T-Pain, has recently started his own podcast and made a revelation on it that may be news to most and fodder for others.

In a conversation that also served as a combined podcast offering with former heavyweight boxer Mike Tyson’s Hotboxin’ with Mike Tyson and his newly launched podcast, Nappy Boy Radio podcast, T-Pain revealed that his hit song, “I’m N Luv (Wit a Stripper)” was originally done as a private joke directed toward one of his friends. That is until Outkast member Antwan André Patton, aka Big Boi, gave him the approval.

“My homeboy was tryna save strippers in the club,” he said. “The song was a joke. I was literally making fun of him. We was just f@&king around in the studio and Big Boi said it was dope so I said, ‘Yep, it sure is, OK.’

(Full interview down below)

According to Deadline, the auto-tune king announced last month that he was launching Nappy Boy Radio, a podcast and video podcast series, after striking a deal with LiveXLive Media’s podcast platform PodcastOne.

“Too many conversations and interactions I was having with various people kept ending in the same way, with me saying, “Damn, we should have recorded that,” so we decided to do just that and launch the Nappy Boy Radio podcast. Partnering with PodcastOne, a company that is talent first,’ was a no brainer for us,” said T-Pain.

“At PodcastOne, we seek hosts who are charismatic and engaging with something to say that audiences want to hear. T-Pain is all that and more. His innate curiosity and interest in the world around him and the people who live in it offers up endless possibilities for show content and we cannot wait to launch Nappy Boy Radio with T-Pain,” said Kit Gray, president of PodcastOne.