Taking Black Business to the Next Level

In 1973, the year we published the groundbreaking first listing of the nation’s largest black-owned companies (then called the “Top 100â€) in the June issue of Black Enterprise, a black business with annual revenues of $1 billion seemed as unlikely as an African American president.

Total revenues combined for the 100 businesses on that first list were less than a half billion dollars, with the largest company, Motown, led by the legendary Berry Gordy, reporting 1972 revenues of $40 million, and several companies making the list with just $1 million in revenues. Fast-forward several years: several black-owned companies have achieved annual revenues of more than $1 billion, beginning with TLC Beatrice International Foods, led by the iconic dealmaker Reginald F. Lewis, in 1988. Today, we take for granted that the largest black-owned companies on our annual listings, now called the BE 100s, will be multibillion-dollar companies.

This growth and evolution of black business has been, and must continue to be, driven by three things: greater access to sources of capital, expansion into broader markets, and participation in dominant and emerging industries. Consider the evolution of the nation’s largest black-owned companies over the past four decades.

In the 1970s and ’80s, my generation of entrepreneurs, including the likes of Gordy, Johnson Publishing Co. Founder John H. Johnson, and haircare moguls such as George Johnson and Comer J. Cottrell, dominated our listings primarily by selling to black consumers. The majority of the Top 100 served regional markets. Our sources of financing were limited primarily to debt financing, with our rankings of financial companies focused on commercial banks, savings & loans, and insurance companies. The definition of success for my generation: stability, slow growth, and steady profits.

Lewis’s 1987 leveraged buyout of Beatrice International Foods not only created the first billion-dollar black-owned company, it raised the bar of access and expectation for black business success. This is the generation of black entrepreneurs my son Earl “Butchâ€ Graves Jr., now CEO of Black Enterprise, would come of age as a part of. The largest black-owned companies of the ’90s and into the 21st century routinely deliver hundreds of millions in revenues. Characterized by companies such as David Steward’s World Wide Technologies and Janice Bryant Howroyd’s Act 1 Group, the BE 100s serve national, mainstream markets, not just black consumers, thanks to access to contracts with federal, state, and local government as well asÂ  major corporations–perhaps most notably in the auto industry. Not coincidentally during this period, the insurance companies and thrifts once ranked among BE’s top financial companies have been replaced by our rankings of asset management, private equity, and investment banking firms, reflecting greater access and participation of African Americans in the capital markets. The definition of success for this generation: expansion and diversification.

Which brings us to today, and our increased focus on today’s center of economic growth: Silicon Valley. The next generation of black business leaders–my grandchildren’s generation–cannot take black business achievement to the next level as outsiders to the industries and technologies driving the world economy. This is a primary reason we established our latest event, the Black Enterprise TechConneXt Summit in Santa Clara, California, with a focus on broadening African American participation in technology. The frontier is not national, but global, defined not by race and nationality, but innovation, big data, and intellectual capital. We must break the codes to venture capital access in Silicon Valley and beyond in order to achieve a new standard of black business success: growth and scale.

Now is the time to lay the foundation of the next generation of black business excellence. I challenge today’s black entrepreneurs to raise their expectations of business success, to make multibillion-dollar black-owned companies as common as multimillion-dollar businesses were for my generation. Let’s continue the progress represented by the BE 100s and take black business to the next level. 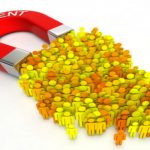 [Part 3 of 4] Marketing Ideas to Promote Your Business