Tamar Braxton Reveals Her Home Was Burglarized By Someone She Knows 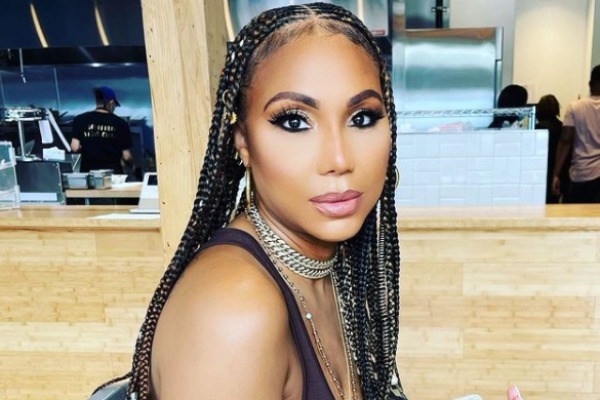 Singer Tamar Braxton had her home in Los Angeles broken into, and she knows exactly who the “bum” is who did it.

The Braxton Family Values star took to Instagram on Tuesday to reveal that the safe inside her home was stolen.

“A few hours ago, this broken, bum a** man (one that I know) broke into my home and stole my safe only,” she explained in a lengthy statement posted online.

Braxton continued to turn her test into testimony by highlighting her blessings and letting her robber know he might’ve broken into her home, but he didn’t break her spirit.

“I want you to know first hand that I’m not angry. You did not break me. You did not violate me,” she said. “What your broken a** don’t realize that God gave me that home and every single thing in it during a pandemic, & also during the time when I was all of those things. God personally put the pieces of my life back together again.”

The former The Real co-host lives inside the home with her 8-year-old son Logan Vincent Herbert. However, it’s unclear if either of them were home at the time of the robbery. Authorities responded to a burglary call at a residence in Sherman Oaks, California, on Nov. 16 at 7:45 p.m, E! News reports. However, upon arrival, the suspects were already gone.

“So pumpkin, you did not steal from me. Those things you took, he will give back to me a million times fold!!! You took from God!!! I know that is not a payback you are not [sic] prepared for..but get ready,” Braxton said in her statement.

“This time you really did it!! I’m not sure you realize that I am truly a kings [sic] kid and I’m VERY special to him. So I’m sure this one he’s going to take very personally.”