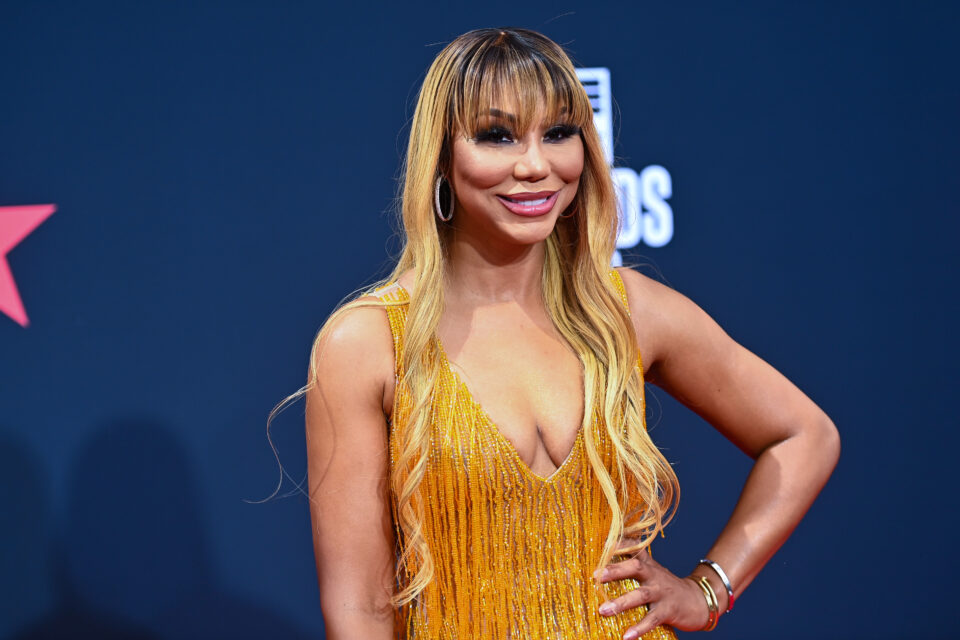 Tamar Braxton fueled dating rumors over the weekend after stepping out with a man who appears to be her new boyfriend.

Braxton wore a black leather mini dress that paired well with JR’s all-black ensemble. She held his hand as they walked into JR’s birthday soiree to a round of applause.

Braxton and JR displayed flirty behavior, including holding hands and JR placing his hand on Tamar’s thigh. The songstress might’ve even planned JR’s party after Sovereign Sweets owner Vinny Watson thanked Braxton for hosting the bash at his establishment.

“Thank you to my sister #TamarBraxton for trusting me with yet another celebration,” Watson captioned the post.

“You are the best at it my brother and have the hottest lounge in the city we celebrating EVERYTHING at @sovereignsweets,” Braxton wrote in response.

After the party, JR took to Instagram to thank everyone for all the birthday love and gush about his life blessings, including being “happily in love.”

“Wow, 46 years of life…So much to be thankful for and so many amazing people to be thankful to,” JR captioned the post. “I never would have imagined being here, right now in this moment. Happily in love and blessed beyond measure. Surrounded by loving and caring people who uplift me and pour into me with God’s favor.”

Braxton hasn’t confirmed any romance rumors just yet. But fans have noted all the signs that the Braxton Family Values star is dating someone. She fueled engagement rumors with her latest glam shot, giving a fitting caption.

“Put it on him make ’em wanna marry me,” she captioned the post that didn’t include an engagement ring.

But after stepping out together, it didn’t take the Atlanta community to pull out the receipts on JR. The YBF captured screenshots of one woman who revealed alleged text messages that JR sent her not too long ago.

“I met her fiance off a dating app and we started off from there,” the anonymous Lipstick Alley user claimed.

They claimed JR prefers to date “young pretty Black women” and gifted the woman with luxury bags and “an allowance” just weeks before fueling dating rumors with Tamar.

“The alleged proposal seems “not genuine” to the woman because she allegedly had dealings with this man not too long ago,” the user wrote.

Other allegations were creeping around about JR accusing him of being engaged to Mexican lawyer Pamela Peynado just a few months ago. Tamar is only a few days into seemingly confirming her new romance and the streets are already talking.