Sister, Sister: The Mowrys Have Tia's Back in Decision to Divorce Husband 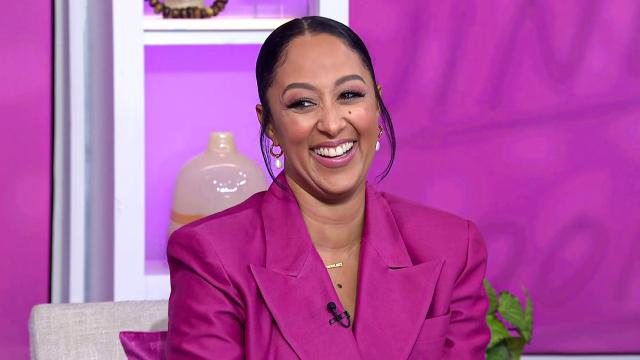 Tia Mowry‘s twin sister, former The Real member Tamera Mowry-Housley, is her biggest cheerleader and is publicly supporting her sister as she works to dissolve her 14-year marriage.

Tamera appeared on Today with Hoda and Jenna to promote her latest book, You Should Sit Down For This: A Memoir About Life, Wine, and Cookies ($27.00, Legacy Lit). The actress also expressed her thoughts about her sister’s pending divorce, which was revealed earlier this week.

“I support her,” Tamera said. “So whatever she wants, the Mowrys have her back. I love her dearly. She is strong, but I know right now she just kind of just wants to, you know, just kind of process it all, take it all in, and be a little private about that. And as a sister, you know, I’m just going to respect that.”

Tia announced she was divorcing her husband Cory Hardrict after nearly 15 years of marriage.

Mowry filed divorce papers in Los Angeles, stating irreconcilable differences between the couple, TMZ reported. She did ask that both get joint physical and legal custody of their two children, son Cree, 11, and daughter Cairo, 4. The Sister, Sister actress also asked the judge to uphold her prenuptial agreement which states that neither she nor Hardrict would receive spousal support.

Although Tia hasn’t commented publicly on the exact reason for the split, rumors have circulated that Hardrict was unfaithful. However, the All American: Homecoming actor, hearing and seeing the rumors, quickly responded to the cheating allegations, denying them and calling them “lies.”

She’s talking about her book “You Should Sit Down For This”, opening up about being a ‘late bloomer’ to dating , supporting her sister Tia during her divorce, and even brought us some cookies and tea ✨ pic.twitter.com/kfgD1BBrJG