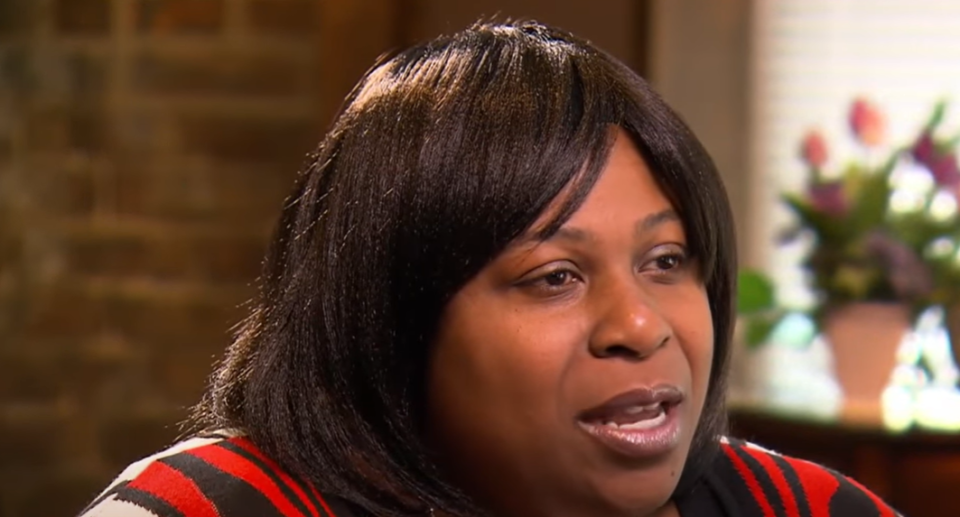 Tamir Rice’s mother, Samaria Rice, is continuing to speak out against popular social justice activists she feels profits off the pain of police brutality victims, and embattled social justice advocate Shaun King is at the top of that list.

Rice has been using her platform to speak out against the leaders within movements like Black Lives Matter as she fights to have her son’s case reinvestigated. She recently took aim at King after he went on his podcast and revealed a little too much about a private conversation they had, according to a podcast he posted on his site, but has since disabled.

In an Instagram post she shared on Tuesday, Samaria blasted King in an open letter. “For anyone that wants to know the truth,” she captioned the post. “Why do you think it’s so important to tell folks we had a conversation,” she said in the statement. Samaria went on to detail how “toxic and uncomfortable” their recent conversation was.

“For me to hear that you raised money and then say you did not want to bother me. Personally, I do not understand how you sleep at night,” she wrote.

In 2014, Samaria lost her 12-year-old son Tamir after police in Cleveland gunned him down within seconds of seeing him playing with a toy gun inside of a park. The following year, King was put on blast after a Washington Post article said it couldn’t account for $60,000 King allegedly raised for Tamir’s family. But according to Samaria, “I never gave you permission to raise nothing,” she wrote.

In recent years, Samaria has become a vocal advocate against activists like Shaun King, Tamika Mallory, and Patrisse Khan-Cullors for being what she deems as “clout chasers” who reap fame and fortune while the family members of the victims are left heartbroken.

In her statement, she called her “cop and donut conversation” with King to be a bunch of  “all lies.” She also told him to stop presenting himself as an ally to the Black community. “As a white man acting black you are an imposter that can not be trusted,” she wrote.

“Please stop thinking we’re on the same page,” Samaria wrote. “As a white man acting black you are an imposter that can not be trusted.”

She ended her statement by bringing attention to her current fight to have Tamir’s case reopened after Donald Trump silently closed it before leaving office. After accusing King of making her son’s death about him, she called him a “selfish self centered person” and “God will deal with you White man.”