Samaria Rice Said the 'U.S. Needs To Be Overthrown' After Kyle Rittenhouse Verdict 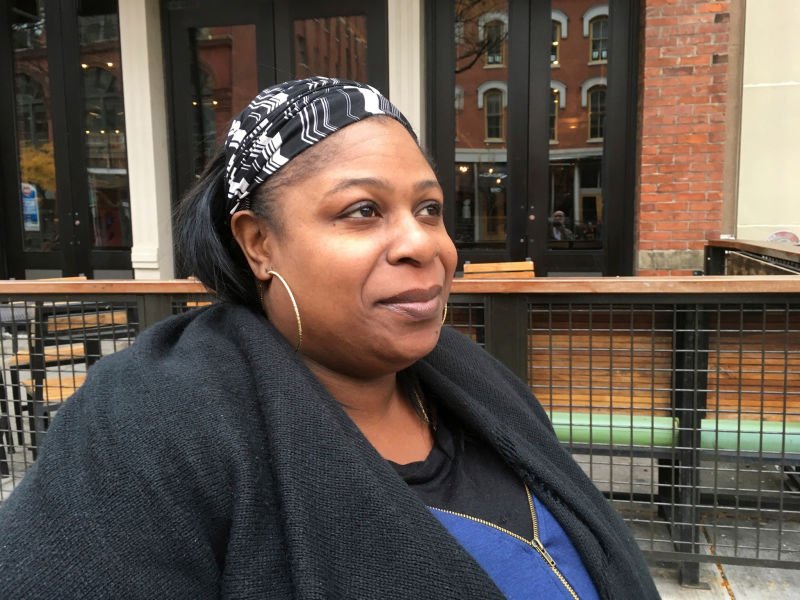 Samaria Rice, the mom of Tamir Rice, who was killed in a police shooting in 2014. (Image: Twitter/@TheRoot)

Samaria Rice, whose son, Tamir Rice, was killed by a Cleveland cop in 2014 over a toy gun, said the U.S. needs to be overthrown following the not guilty verdict for Kyle Rittenhouse.

Rice shared her thoughts on the Rittenhouse verdict during an interview with TMZ. The teen was found not guilty on five counts last Friday, despite killing two people and severely injuring a third during a BLM protest of Jacob Blake, who was shot by police.

Rice, like many, took issue with the obvious racial differences between Rittenhouse, a 17-year old teen, who crossed state lines with a gun, and used it, with the scores of Black men, women, and children in the U.S. who have been killed by police or who have spent decades in prison for significantly less.

“I’m very annoyed about how a minor, a white little boy, is not in jail for the murder of other people, and that’s just not right,” Rice said. “That’s not right. And his mother should go to jail, too. Because why would you give him a gun if he’s a minor? That’s just not how you’re supposed to raise your children in this country. You’re not supposed to just give him a gun to go to a protest, right? So you knew he was going to a protest—what did you think he was going to do?”

Rice continued, adding Rittenhouse wasn’t helping out police, but rather “killed innocent people,” which she said he should be in jail for.

“I’m really confused, but I also understand that it was designed this way and, at this point, we are at the mercy of God. … At the end of the day, this country needs to be overthrown,” Rice said. “This is pitiful, and where in this country have we seen someone pick their own jury? When I seen that, I was like, ‘Is we still on planet earth?’ We have never seen it in a judicial system, even with all the mass murderers and everything that has happened in this country for decades and decades.”

The case was also marked by several moves by Judge Bruce Schroeder, who wouldn’t allow prosecutors to use the word victim but allowed the defense to use the word looters. Schroeder also allowed Rittenhouse to pick the names of the final 12 jurors who would decide his fate.