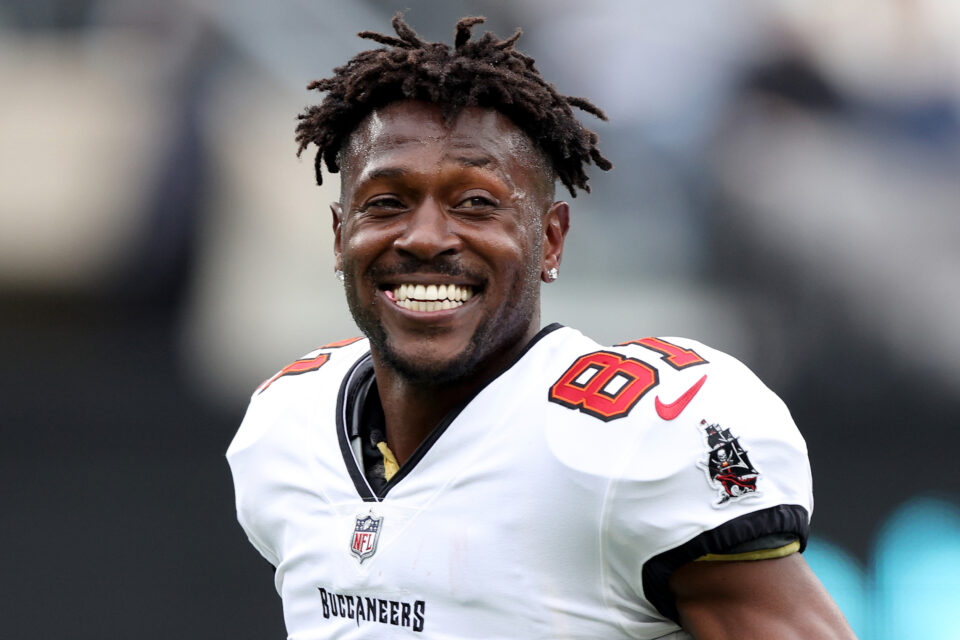 Antonio Brown, then with the Tampa Bay Buccaneers, warms up prior to a game against the New York Jets at MetLife Stadium on January 2, 2022 in East Rutherford, New Jersey. (Photo: Elsa/Getty Images)

The Tampa Bay Police Department has issued an arrest warrant for Buccaneers player Antonio Brown. Brown was allegedly involved in a domestic battery incident and is wanted for a battery charge.

“On November 28, 2022, at approximately 1:30 p.m., the suspect and victim were involved in a verbal altercation at a home in South Tampa. At some point later on, the argument turned physical, after the suspect threw a shoe at the victim. The suspect also attempted to evict the victim from the residence and locked her out of the home,” according to Tampa.gov.

“The suspect, Antonio Brown, 34, is wanted for battery. There is a court-authorized warrant for his arrest.”

#DEVELOPING: Former Buc WR Antonio Brown accused of domestic violence. According to court docs, mother of 4 of his kids says he locked her out of her Tampa house, tossed out her belongings, threatened to shoot her, threw a shoe at her, then refused @TampaPD request to come out. https://t.co/gic8WMdAtV pic.twitter.com/nHnHqKwGPf

The Tampa Bay Times reported that the Tampa Bay Police Department requested a risk protection order against Brown earlier this week, but a judge denied it on Tuesday, according to court records. Brown has four children with the woman he allegedly threw out of the home. One of Brown’s sons, who he shares with another woman, also lives at the residence.

Police officials stated that Brown was upset that his children’s mother came back late from a holiday vacation with their kids, which caused the children to miss a day from school. His anger caused him to dump out the contents of her purse when he began screaming at her. She said she went outside of the home and he followed her and threw a shoe at her.

After she came back to the house, she noticed many of her items had been thrown out into the street. She told police officers that Brown threatened to shoot her if she tried to come back into the residence.

According to a report by WFTS-TV, when police arrived at the house, Brown was still inside and refused to leave the residence. He reportedly was in possession of a gun and rifle, according to his children’s mother.

Police officers were outside the home for an hour trying to persuade Brown to come out, but police said late Thursday that the former NFL player was not yet in custody.

Police spokesperson Merissa Lynn said he was “not communicating with officers, so it’s unclear if he’s still inside the home or not.”