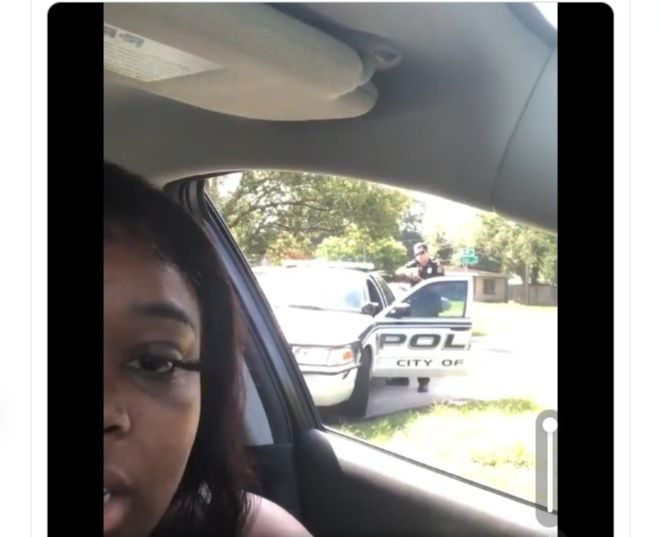 A black woman in Florida is saying that she was mistreated by a Tampa police officer after he drew his weapon and kept it aimed at her for over 4 minutes before she was finally handcuffed, according to NBC News.

Joneshia Wilkerson posted a video of the incident she encountered with a Tampa police officer last week on Instagram.

The police officer, upon stopping Wilkerson, immediately took out his weapon and pointed it at the driver as he instructed her to show her hands and she complied. She started filming the encounter as he told her that the Altima had been reported stolen. The rental company, Hert,z had reported the car stolen and the police officer steadily held his gun in the direction of Wilkerson until his backup arrived.

Wilkerson and her passenger were placed in the back of the police vehicle and were later released with no charges filed against them.

“I want the public to know that I used to see things like this all the time on TV. I never expected someone like me would be put in this position,” Wilkerson told NBC News on Monday.

“I feel like something needs to happen to the Tampa PD officer who held that gun on me for four minutes. The Tampa PD, they are bullies, and the way they treat people is bad.”