Ta’Neasha Chappell, Dies Under Mysterious Circumstances While In Police Custody in Indiana

According to Newsweek, in Indiana, a Black woman, Ta’Neasha Chappell, who was in police custody, died on Friday under mysterious circumstances.

The 23-year-old woman, who had been in the custody of the Jackson County Jail in Brownstown, Indiana, since May 26, was being held on shoplifting charges. According to a statement released by the Indiana State Police, Chappell died shortly after being transported from the Jackson County Jail to the Schneck Memorial Hospital on Friday.

Wave 3 reported that Chappell’s family suspects foul play after the Jackson County Sheriff’s Department told them Chappell was sick and died after being taken to the hospital. Chappell’s mother, Lavita Mcclain, spoke to WAVE 3 News and told them that her daughter feared for her life in the jail.

The family has set up a GoFundMe account for Funeral Expenses for Ta’Neasha Chappell.

“It is with extreme sadness that we announce the passing of Ta’Neasha Chappell. She unexpectedly passed away at The Jackson County Jail in Brownstown, Indiana. She was a loving mother, sister, daughter, and friend who touched the lives of many around her. She leaves behind her 10-year-old daughter Nevaeh who will miss her terribly. We are all devastated by her loss but are working tirelessly to figure out the events that transpired moments before her passing. In the meantime, we need any help possible to give her the proper burial she deserves. Any and all help will go to her funeral arrangements and autopsy. On behalf of our family, we truly appreciate your support and encouragement during this time.” 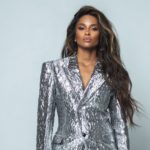 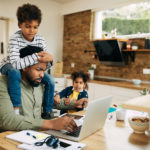