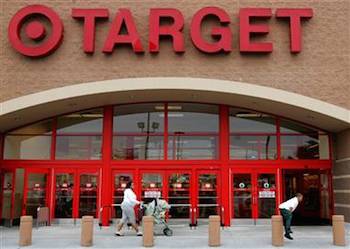 Regarded as the largest theft of confidential information in years, Target has been targeted for its lack of technological ingenuity. The company’s reputation has been impacted negatively with its stock (TGT) coming in at 0.54%. With consumers leery about taking themselves back to the discount chain, it seems that Target’s m-commerce has experienced an uptick.

Cartwheel, a mobile coupon-clipping app, has helped give Target some measure of success. The amount of time consumers are browsing and shopping Target via mobile devices rose 251% in March to nearly 100,000,000 hours compared to just 365 days earlier, according to comScore.

All the success has been accredited to Cartwheel.

Seventy-six percent of those hours came from Target’s shopping app, while traffic to Target.com (also via mobile) represents the rest. As the discount chain is one of the few retailers succeeding in getting customers to download its app, Target has risen among the ranks of fellow e-commerce juggernauts Amazon and eBay.

“If you’re not occupying that valuable real estate on people’s home screen with an app, you’re potentially putting your business at risk,” says Andrew Lipsman, comScore’s vice president of marketing and insights. “People will gravitate to eBay and Amazon’s apps if others don’t have good ones.”