Tasha Smith Open Ups About Creating Her Own "Empire" 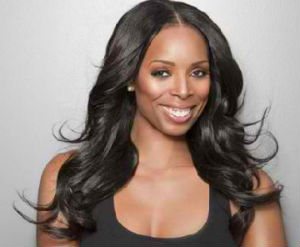 When skill, favor, and faith collide, enter actress Tasha Smith. And when Tasha Smith comes into frame on hit shows like Empire, For Better or Worse, or Why Did I Get Married, people of all ages and races stop and stare. What many may not know is that the NAACP Image Award nominee has owned and operated the Tasha Smith Acting Workshop (TSAW) for over a decade. Acting classes for novices and masters alike are held almost daily its Los Angeles location. TSAW also takes its acting workshops on the road in and out of the U.S.Â I chatted with Smith, the in-demand actress and producer on why she decided to take her acting workshop on the road, the legacy of TSAW, and of course, we got some Empire tea!

On howÂ TSAW transitioned from local to global

I was working with a life coach, to work on and in my purpose. When my life coachÂ suggested that I “service the people that can’t make it to you.â€ The firstÂ time I went on the road was in NYC,Â I paid for everything: staff, hotel, plane tickets, booking the theater. I put out like $10,000 and almost 100 people showed up!Â Then, I did another workshop in ATL–the energy and response became something I knew I was supposed to do.

On acting as a business

I brought on another teacher/agent, Raquel Gardner, she understands the business of acting. My thing is this–I give you the info, but there is stuff you have to do yourself. My job is to teach you acting; give you information so when you get that agent you’ll be prepared. We show you how to have the proper reel, headshot, etc. Acting is a process– this is a marathon–it’s not a race. We (actors) never stop growing. The first thing I tell new actors is to “sit your butt down!” Allow yourself to discover who you are as an entertainer.

On what makes TSAW different than other acting schoolsÂ

I’m a black woman that’s also a working actress in this business. A lot of times, some actors come to L.A. and can’t find someone that speaks to them as an artist. For me, and the way I teach, I feel I am gifted and communicate something that will be helpful to otherÂ artists. I do believe I am one of the best teachers; I’m passionate, I care about you, and my objective is to help you be the BEST you can be. My job, if I’m being the best coach, is making you the best you can be. It’s not like I’m teaching some new doctrine on acting–I’m talking about overall objectives–beats and actions, sense memory work, and being specific about every choice you make.

On the difference between African actors and African American actorsÂ

The African actors were some of the hungriest I’ve ever worked with before. Their desire to be good…the passion they have is unbelievable. They put in their heart and soul, they held nothing back. They busted their asses–think about what they (Cape Town) went through–nothing is going to hold them back. Let’s talk about us in America. I don’t know if what we’ve been through has discouraged us. But because we are black, we have to be better. At the all-white schools, I never had students give excuses like they were too tired to study their scenes. It’s about priorities. Actors in L.A. are sometimes lazier than the ones out of town. The ones I see less often tend to be hungrier. I pray that as artists, our inspiration and passions will take us to a hungrier place. We’re getting a lot more opportunities and we have to be the best. This year I am so excited about the Emmy’s–Anthony (Anderson) and Tracee (Ellis Ross) are talented! We have to have the mentality of Tracee, Kerry, Viola and take the opportunities we have as artists very seriously. I tell actors “You don’t know what opportunity God may be bringing to you. So you have to work hard and be ready for when they come.”

On the legacy of TSAW

I want it to be the legacy of acting teachers likeÂ StellaÂ Adler, and other greats. I want people to talk about Tasha Smith, the black actress who’s been consistent for over 10 years with her acting school TSAW. I’ve paid for this. I wanted to create a space and environment for people to come and create.

On the upcoming season of EmpireÂ

TSAW has four classes a week and two amazing teachers that I adore. Upcoming TSAW seminar will be Oct. 7—9 2016, in Harlem. The one in Atlanta is Nov. 11-13.