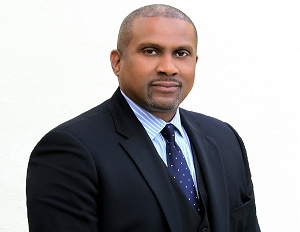 Award-winning author, broadcaster and producer Tavis Smiley is one step closer to bringing his literary work to television.

The PBS talk show host has just signed a multiyear development and production deal with Warner Bros. Television Group. Under the agreement, Smiley and WBTVG will bring new scripted television series to the broadcast networks and cable starting with television adaptations of two of Smiley’s books: My Journey with Maya Angelou and his upcoming book Before You Judge Me: The Triumph and Tragedy of Michael Jackson’s Last Days.

[RELATED: Tavis Smiley Gets a Hollywood Walk of Fame Star]

Smiley’s book My Journey withÂ  Maya Angelou was published in April 2015 and is a memoir of the author’s 28-year friendship with the late poet, historian, filmmaker and civil rights activist. In addition to bringing the story about his relationship with Angelou to TV, Smiley is working with award-winning director Kenny Leon to turn My Journey with Maya into a stage play.

His book Before You Judge Me: The Triumph and Tragedy of Michael Jackson’s Last Days will be published in June 2016 and will recount the final months of one of the most iconic pop culture figures. Smiley’s book will examine the highs and lows Jackson faced as he tried to find privacy in the midst of his fame and fortune.

The talk show hosts deal with WBTVG is a continuation of his deal established earlier this year where the networking acquired television rights to his book Death of a King: The Real Story of Dr. Martin Luther King, Jr.’s Final Year.