Tears, Tributes and Donations Pour In After Bader Ginsburg's Death 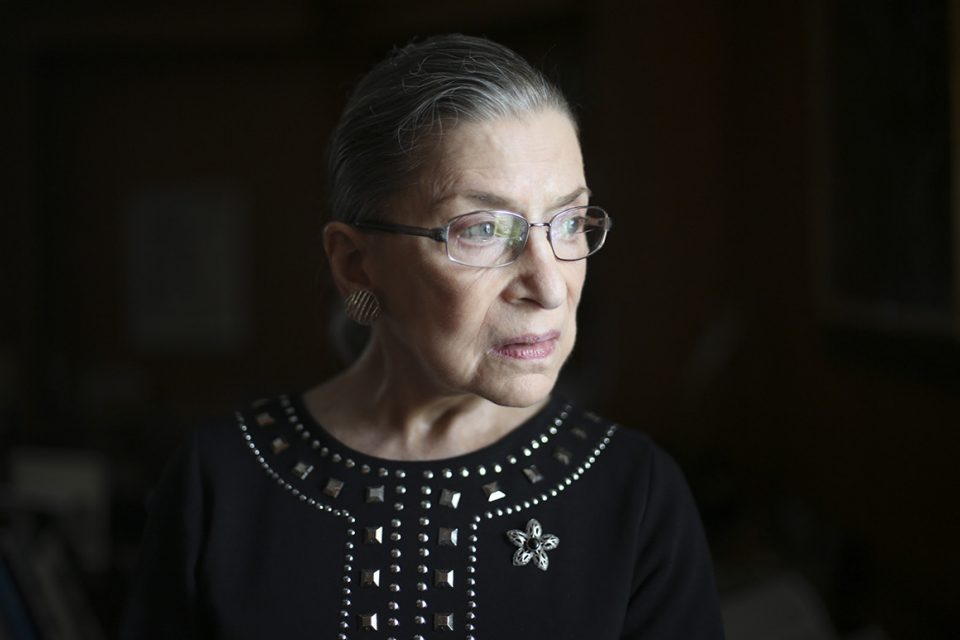 Supreme Court Justice Ruth Bader Ginsburg died Friday due to complications of metastatic pancreatic cancer at the age of 87, the court announced.

Former President Bill Clinton appointed Bader Ginsburg to the Supreme Court in 1993. In recent years, she had served as the most senior member of the court’s liberal side, consistently delivering progressive votes on the most divisive social issues of the day, including abortion rights, same-sex marriage, voting rights, immigration, health care, and affirmative action.

Ginsburg died on the eve of the Jewish new year surrounded by her family at her home in Washington, D.C., the court said. A private service will be held at Arlington National Cemetery later this week.

Ginsburg’s death is the second-closest to an election. Ginsburg’s granddaughter said the Supreme Court Justice wanted her replacement to be appointed by the next president, NPR reported. “My most fervent wish is that I will not be replaced until a new president is installed,” she dictated to granddaughter Clara Spera days before her death.

After her death, tributes and kind words poured in from both sides of the political spectrum, and beyond.

Democratic presidential nominee Joe Biden praised the Supreme Court Justice as a “giant in the legal profession” and a “beloved figure,” saying in a brief on-camera spot Friday evening that people “should focus on the loss of the justice and her enduring legacy.”

President Barack Obama also had nothing but respect for Bader Ginsburg.

“Over a long career on both sides of the bench–as a relentless litigator and an incisive jurist–Justice Ginsburg helped us see that discrimination on the basis of sex isn’t about an abstract ideal of equality; that it doesn’t only harm women; that it has real consequences for all of us. It’s about who we are–and who we can be,” Obama said in a statement.
Obama also called Senate Republicans to uphold the standard they set in 2016 when they blocked his Supreme Court nominee, Merrick Garland.

“Ruth Bader Ginsburg fought to the end, through her cancer, with unwavering faith in our democracy and its ideals. That’s how we remember her. But she also left instructions for how she wanted her legacy to be honored. Four and a half years ago, when Republicans refused to hold a hearing or an up-or-down vote on Merrick Garland, they invented the principle that the Senate shouldn’t fill an open seat on the Supreme Court before a new president was sworn in

“A basic principle of the law–and of everyday fairness–is that we apply rules with consistency, and not based on what’s convenient or advantageous in the moment.”

“Ruth Bader Ginsburg is one of the most consequential figures in American law and democracy,” said LDF President and Director-Counsel Sherrilyn Ifill. “We must, first and foremost, lift up the extraordinary contributions of Justice Ginsburg as a lawyer and a justice. Every woman in this country owes her an enormous debt, and every American has benefitted from her work to clarify the meaning of equality in our country. She was a powerful member of that exemplary group of lawyers who helped give real meaning to the words etched onto the exterior of the Supreme Court: ‘equal justice under law.’

“One of the things I love about Justice Ginsburg is that when she was lauded and described as a courageous pioneer, she was always careful to say that she regarded Thurgood Marshall as the lawyer who exhibited true courage because he litigated cases where he had to fear for his own life and safety,” Ifill added.

Tributes from citizens also poured in. The Supreme Court was littered with flowers, letters and signs expressing sadness and thanks.

The Supreme Court is completely surrounded by flowers in honor of RBG. pic.twitter.com/sNB72V1USj

“Our Nation has lost a jurist of historic stature,” Chief Justice John Roberts said. “We at the Supreme Court have lost a cherished colleague. Today we mourn, but with confidence that future generations will remember Ruth Bader Ginsburg as we knew her–a tireless and resolute champion of justice.”

Donations Pour In After Ginsburg’s Death

The fight for abortion rights is now a real battle. President Donald Trump and Republicans are already making plans to appoint a new justice before November’s election. That has led to record breaking donations pouring in to the left.

According to USA Today, the liberal-backed ActBlue–a donation-processing site that helps Democratic candidates, committees, and organizations raise money–reported more than $95 million raised from the time Ginsburg’s death was announced on Friday until Sunday morning.

ActBlue raised $6.3 million in the first hour after Ginsburg’s death, the most it has raised in an hour since ActBlue launched in 2004.

Here's a handy graph of donations to the @crookedmedia Get Mitch fund since its inception. See if you can spot the moment when the news of RBG's death broke. https://t.co/Wrci2vZ6MK pic.twitter.com/t96lvnJuBC

“Amid the devastating loss of Justice Ginsburg, it is inspiring to see people taking action to honor her legacy,” ActBlue Executive Director Erin Hill said in a statement. “The record-breaking response we’ve seen from small-dollar donors shows that the left is eager to fulfill her final wish and ready to fight back against Trump and McConnell’s vow to push through a Supreme Court nominee.

Those on the left are already planning on launching a vigorous campaign to block any nominee from Trump to replace Ginsburg, who was one of the court’s liberal justices. On Saturday, Trump called on Republicans to move on a replacement “without delay.”