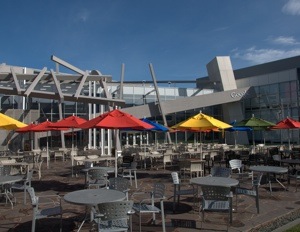 Silicon Valley’s tech companies tend to lavish employees with various benefits, but a report from Glassdoor proves that perks aren’t the only, well, perk.

The job discovery site published its listings of the companies with the top pay and benefits, with tech companies taking up the majority of the list. The reviews come from employees both current and former.

Unsurprisingly, the number one company in terms of compensation and benefits is Google. The company offers a competitive salaries, in-house physicians, fitness centers, free food, and laundry.

These add up to perks that can, theoretically, keep an employee happier while also working longer hours, something Google and other tech companies are learning.

Also on the list? Facebook, Adobe, and Microsoft, coming in at number three, four, and 18, respectively. Surprisingly, Costco ranked number two on the list, thanks to its great employee benefits package and relaxed environment.