Tech (and Other) Companies with Trump Affiliations 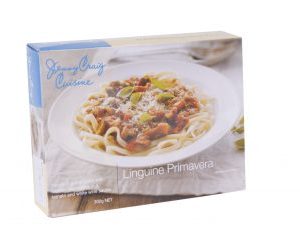 Since the election, many are looking closely at the Trump family’s business ventures. Some are curious and others, such as technology and marketing specialist Shannon Coulter, encourage boycotting Trump-affiliated products.

CB Insights identified a number of private investments in several tech companies made by members of the Trump clan:

Ivanka Trump, along with a number of Silicon Valley venture capitalists and angel investors, financially backed Spring (shopspring.com) an e-commerce site where consumers can purchase products directly from brands and designers.

Trump’s son-in-law, Jared Kushner, invested in both Kickstarter and Hot Potato, a platform that allows watching live events in real time (it was acquired by Facebook in 2010).

Ivanka is involved with a slew of e-commerce sites to sell her clothing and accessories including Amazon, 6pm.com, Bluefly, Jet.com, Overstock, Wayfair, and Zappos according to Coulter.

PayPal founder Peter Thiel’s support of the President-elect has been quite public and fervent. Thiel is saidÂ  to have joined theÂ transition team to tap the new president into Silicon Valley and other U.S. tech hubs.

Support From Other Brands

Coulter also lists several non-tech company heads that have publicly supported Trump— and the list may surprise some.

Dieting guru Jenny Craig co-hosted a Trump fundraiser. The CEOs of MillerCoors beer company, Yuengling Beer, and the president of the UFC, also endorsed or raised funds for the President-elect.

New Balance sneakers raised eyebrows after Matthew LeBretton, New Balance’s vice president of public affairs, told the Wall Street Journal, “The Obama administration turned a deaf ear to us and frankly, with President-elect Trump, we feel things are going to move in the right direction,â€ in response to the Trans-Pacific Partnership trade agreement, which the company opposes.

New Balance has attempted to distance itself from the new president after news that it was being touted as “the official shoe of white people,â€ by Neo-Nazis.