How One Tech Entrepreneur Raised $18 Million in Venture Capital Funding 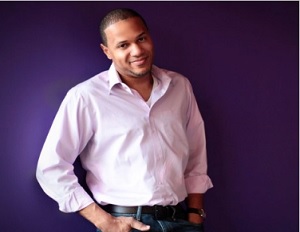 Launching in 2009, the goal of The Resumator is to bring the offline job recruiting process online. Its founder Don Charlton, who started the company at just 31-years-old, says the vision for the recruiting software company is to provide access to top talent for all companies.

“If you were a smaller business, it was very difficult for you. You couldn’t afford Monster or CareerBuilder to post your job, so you basically weren’t online leveraging the web to get candidates,â€ said Charlton in regards to the hiring process before the creation of The Resumator. “So I wanted to democratize access to the web for hiring talent and that’s why I started the company.â€

Leading the company as the sole founder, Charlton’s road to success as a tech entrepreneur is a bit different from the average Silicon Valley experience. Based in Pittsburgh, with a recently opened office in San Francisco, Charlton says The Resumator’s bi-costal connections have presented more benefits than challenges. Keeping the company’s product and engineering teams in Pennsylvania, where he says the operational expenses are cheaper and the tech scene is much smaller, Charlton is able to tap into the energy and cut throat culture of Silicon Valley by having his marketing, sales, and account managing team on the west coast.

“What’s interesting is whenever you have an office that’s in both Pittsburgh, which is kind of a more loyal small town kind of city, and San Francisco, which is basically the cut throat world of tech startups and entrepreneurialism; each coast inherits the positive traits,â€ said the 37-year-old. “We have a more loyal team in San Francisco than your typical San Francisco tech company, and we basically are tracking the top talent in Pittsburgh because people perceive us as being cut throat and wanting to win, so we’re inheriting our best traits.â€

With 80 employees on its roster, The Resumator currently serves over 3,000 companies in 70 different countries. The company’s client list has included the who’s who of the tech world including Pinterest, Instagram, Tumblr, Hootsuite and Mashable just to name a few. In 2012, The Resumator was tapped by both the Obama and Romney election campaigns to help hire top talent. While the Rochester Institute of Technology alum says that time and money were the two biggest challenges he faced starting out as a sole founder of the company, he credits hard work and having a good product as the factors that helped him to raise $18 million in venture capital funding.

“I think obviously, the simple answer is if you want to be a tech company you basically have to grow your business and understand how capital is raised and put yourself in a position to actually raise venture capital,â€ says Charlton who admitted to getting his company name out there by going to a lot of accelerator programs. “I think, to be a little bit more specific, the way we were able to do it was by first and foremost having a really good product. It’s easier to raise capital when people know who you are already because you’ve built a product that people are using and they like.â€

Now, with a successful company under his belt, Charlton reflects back on the start of The Resumator and counts the day he quit his day job at a design firm as a big moment for him.

“I wish everybody would experience the thrill of quitting your job and then being successful at a job you created because it does a lot to your soul,â€ says Charlton. “It opens up your beliefs about what anybody can do.â€