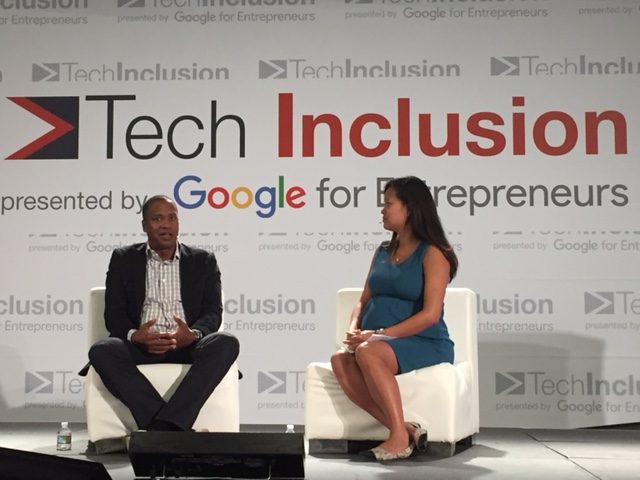 Currently, tech inclusion is a topic at the forefront of conversations happening in Silicon Valley. The Change Catalysts, made up of duo Wayne Sutton and Melinda Briana Epler, brought out some heavy hitters to tackle it head-on at the Tech Inclusion conference.

In a full, two-day event, an audience of over 3,000 people met for a conference, which included subjects like, “Building Conscious Resiliency Into Your Work Environmentâ€ and Â “How Companies Can Prepare for the Next Racially Charged Slaying Before It Happens.â€

“The reason behind the conference was to start the conversation around how tech companies could be more inclusive, [to] tap into diverse communities and create an inclusive culture,â€ Wayne Sutton told Black Enterprise. “We realized a common theme; a lot of tech companies were not communicating and sharing best practices. We also realized that there were a lot of programs doing work around diversity and inclusion that didn’t know each other and were not a part of the conversation.â€

This was the second year that the Tech Inclusion conference took place, and this time around, things were a bit different. Wayne and Melinda wanted to make sure everyone felt included, all the way down to people who are deemed as “invisible minorities,â€ adding a “Deaf and Tech” panel and a blind IT professional focused on creating access and inclusion for those with and without disabilities.

A highlight solo talk came from Leslie Miley, who is known for his very public Twitter departure after stepping down due to the lack of diversity at the company. He spoke about improving diverse workforces by allocating money and building campuses in more diverse cities, including Atlanta, Detroit, and Richmond, Virginia.

Black EnterpriseÂ briefly chatted with Miley. Below are three key takeaways that Miley says corporations could implement, in order to make their workplaces more inclusive:

Another notable was David Drummond, senior vice president of corporate development for Alphabet, who spoke about the powerful hoodie march that was done in light of the Trayvon Martin case, during a company-wide meeting, shedding light on police brutality. Drummond said that we must focus on diversifying power in America in order to gain racial equality, because “you can’t make progress, if you’re not honest with where you are.â€

The event came to a close with some amazing takeaways that included themes of acceptance and empathy. The overall message was that, when in the room, it’s important to be an ally. Fight for other’s voices to be heard, not just your own, and together we will create change.