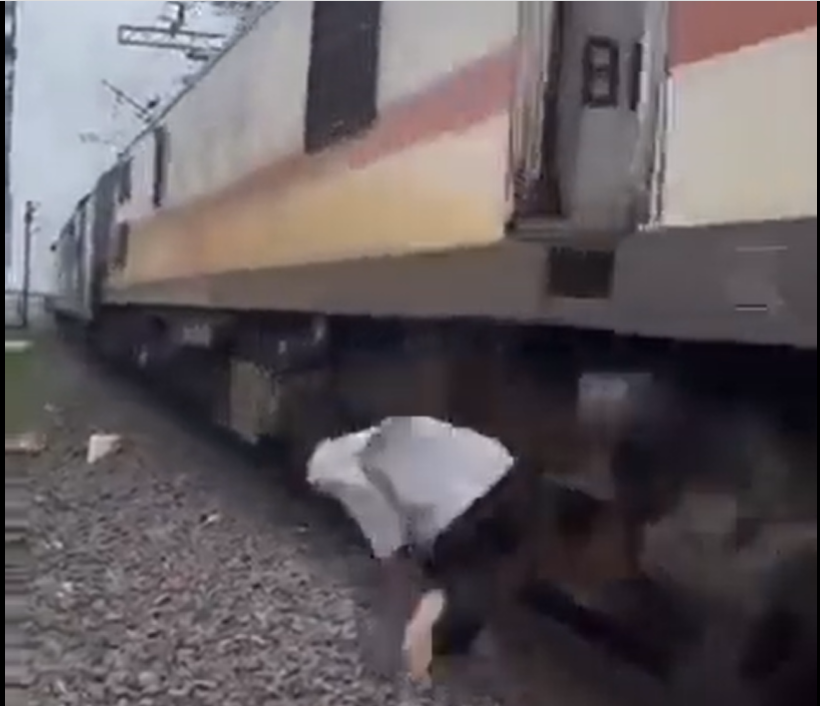 A teen’s desire to go viral came with a steep price, one that could have been far higher.

Ch Akshay Raj, 17, was struck by a moving train while filming an influencer-style video for Instagram Reels, The New York Post reported.

Raj was looking down while walking along a railroad near Kazipet railway station in Telangana, southern India, when a speeding train struck his shoulder, knocking the teen to the ground. The video, which is unsettling, if not graphic, ends with Raj getting back on his feet but with blood gushing out of his ear

A teenager was critically injured after being hit by a speeding train while he was trying to make a reel for Instagram along a railway track in Telangana. #Instagram pic.twitter.com/QFBqHlZdnW

Sources say the teen ignored warnings about railway repairs being conducted at the time. Railroad workers rushed the aspiring social media influencer to nearby government MGM hospital. Once his parents arrived, Raj was placed in a private facility. He walked away with a few facial injuries and a fractured leg.

The teen is an intermediate first-year student from Waddepally, Telangana, India Today reported. Locals are frequently warned against walking near railroad tracks to prevent accidents.

Raj is expected to make a full recovery. Meanwhile, railway authorities have launched an investigation into the incident to possibly prevent other aspiring social media stars from replicating such stunts.

Recently, some social media users have taken drastic measures to gain clout and popularity online. One aspiring singer faked the monkeypox virus in an attempt to promote his music.

TikTok user Duane Cali went viral but for all the wrong reasons after he used makeup to create a monkeypox-inspired look he featured in a now-viral video. He grabbed food from Mcdonald’s despite being “infected” with the virus.

Cali came under fire for going out with the virus and caught even more heat after he admitted to faking it to promote his music.

The things people will do for likes and views.