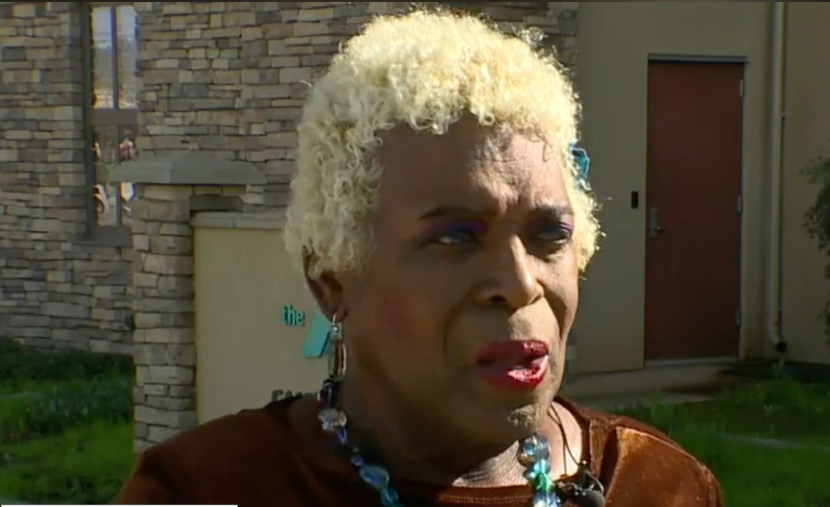 Christynne Lili Wrene Wood, 66, a transgender woman, was baffled after learning she was the one causing concern.

A teen in San Diego is speaking out against a YMCA’s transgender inclusion policy after she encountered a naked transgender woman while showering in the women’s locker room at a San Diego location.

Earlier this month, 17-year-old Rebecca Phillips was showering at the Santee facility after her swim workout when she noticed the transgender woman, 10 News reports.

Phillips immediately went back into the shower terrified and hid behind the curtain until she was gone, she told the Santee city council on Jan. 18.

Phillips then ran into the bathroom stall to quickly change before confronting the people at the front desk about the situation.

The transgender woman at the center of the controversy, Christynne Lili Wrene Wood, 66, was baffled after learning she was the one causing concern. Wood said she’s been a regular at the YMCA and even lost post-Covid weight at the facility.

“I picked up my little doggy. I gave him the biggest hug and people, my aqua sisters, including my instructors, came out of the woodwork and said, ‘we love you, we support you, what can we do for you?’” she said after learning the 17-year-old reported her.

Shelly Mctighe-Rippengale, executive VP for the YMCA of San Diego county said that the YMCA has “options for people, all people, based on their personal preference and their need for privacy, desire for privacy.”

Phillips appeared before the Santee city council and was in tears giving her testimony.

“I could only think of my five-year-old sister who I bring to this gym during the summer to enjoy their water slides…The locker room was supposed to be her safe haven to gossip with her friends and shower and change.”

Phillips warned of potential child endangerment, noting “this is the YMCA, where hundreds of children spend their summer afternoons in child-care camps.”

YMCA personnel confirmed to her that the facility’s transgender policy allows transgender women with male parts, to shower in the women’s locker room as long as they’re not registered sex offenders, Phillips claimed.

“I was made to feel as though I had done something wrong when I talked to people at the YMCA,” she told the council members. “The indecent exposure of a male to a female minor was an inconvenience to them.”

The YMCA of San Diego County told San Diego Union-Tribune in a statement last week that it prioritizes the comfort and safety of all members who attend the gym.

“As a community-focused organization, we strive to meet the needs of all individuals. We recognize that birth and gender identity are sensitive subjects. We rely on subject matter experts, laws, and guidelines established by the State of California to ensure our policies are welcoming and respectful for all community members,” the organization said.

The YMCA pledged to review locker room floor plans across all facilities it runs with the goal of providing access to additional privacy for certain members who request it. It did not mention whether it has any plans to rescind or revise the transgender policy.

According to East County Magazine,  parents with a group called SanteeParents4Choice are planning to protest the incident at a “rally for women’s and girls’ rights” at the Santee YMCA on Tuesday night. Demonstrators will demand that the YMCA protects the privacy of women and girls.

Wood said she is a woman and said she was “crushed after the rumors that a “naked man” was in the shower room started circulating.

On Monday, the YMCA of San Diego County issued a revised press release, apologizing to the child for her traumatic experience.

“We understand that the minor involved felt hurt and frustrated, and we wholeheartedly apologize for not providing her with the level of support she deserves,” the YMCA said, while affirming that it is “committed to diversity, equity and inclusion.”

In December, San Diego Council members announced a resolution declaring the city a safe space for transgender-identifying and gender-fluid children.